Dell may be planning to launch a new 13 inch tablet with a detachable keyboard and a folio case/kickstand that allows you to use the computer as a pseudo-notebook.

While the company hasn’t made an official announcement yet, Evan Blass has published a set of leaked images at 91mobiles showing the upcoming Dell XPS 9315t 2-in-1 tablet. 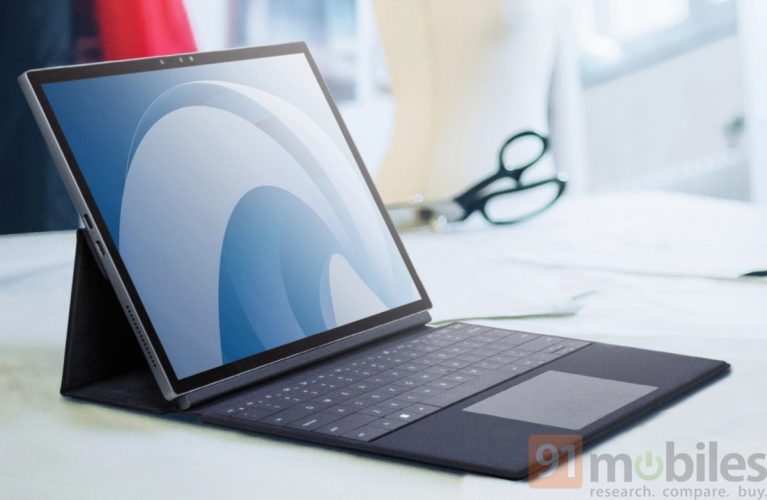 Detailed specs haven’t been revealed yet, but the images show a tablet with two USB Type-C ports, a set of pogo pins where the keyboard connects to the bottom of the tablet, a single rear camera and a front camera that looks like it may also be an IR camera with support for face recognition.

The tablet appears to be compatible with an active stylus, has a SIM card reader (suggesting that at least some models will support cellular connectivity), and features power and volume buttons along one side, as well as another feature which looks like it could be a fingerprint reader or possibly a magnet for holding the pen in place when you’re not using it.

The fact that the tablet is expected to be part of the Dell XPS family of products also suggests that it will be expensive. Dell’s XPS-branded laptops tend to be thin and light devices made from premium materials, while XPS desktops are high-end, high-performance computers.

We’ll probably have to wait for an official announcement for pricing and availability information though. Until then, you can find more pictures at 91mobiles.