The AYA Neo Air Plus is a handheld gaming PC with a 6 inch full HD display, support for Windows or the Linux-based AYA Neo OS or Steam OS, and a starting price of just $289, making it one of the most affordable handhelds with an x86 processor to date. 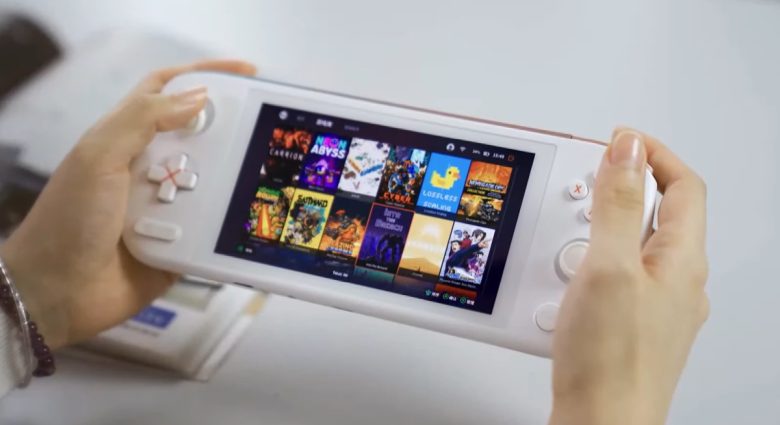 Designed for budget laptops in the $399 to $699 price range, the Mendocino processor combines the high-performance GPU architecture of AMD’s Ryzen 6000U series chips with up to four of the Zen 2 processor cores of Ryzen 4000U series.

Incidentally, Valve’s Steam Deck also has a chip that combines Zen 2 with RDNA 2. AMD designed a custom “Aerith” processor for Valve that offers a mix of low price and strong gaming performance.

It’s unclear at this point exactly how Mendocino chips will stack up against the Aerith processor in terms of performance, as AMD hasn’t revealed detailed specs yet. But it does seem to have offered AYA a way to design a handheld that could beat the Steam Deck in pricing, if not necessarily performance (there’s been speculation that while Mendocino chips have RDNA 2 graphics cores, the GPU core count will be on the low side: the Steam Deck has 8 GPU compute cores, while Mendocino processors are rumored to have as few as 2).

AYA says the AYA Neo Air Plus will also include an M.2 2280 SSD, a microSD card reader, and the company’s AYA Space game launcher software.

While retail pricing is expected to start at $289, the company will offer a launch promotion that brings the price down to $199 for a limited time for members of the AYA Community (although it’s not clear what you’ll have to do to qualify).

It joins an increasingly crowded line of handhelds from AYA, including the new AYA Neo Air and Air Pro line of devices which feature 5.5 inch OLED displays, thin and light designs, and AMD Ryzen 5000U series processors with Zen 3 CPU cores and Radeon Vega graphics.