Apple has announced that it’s discontinuing the iPod touch, although the company notes that you can still pick one up from retailers “while supplies last.”

While the move marks an end of an era for Apple, it’s likely more of an acknowledgement that the iPod era was already over, with most folks turning instead phones or tablets to listen to music, watch movies, or play games on the go. 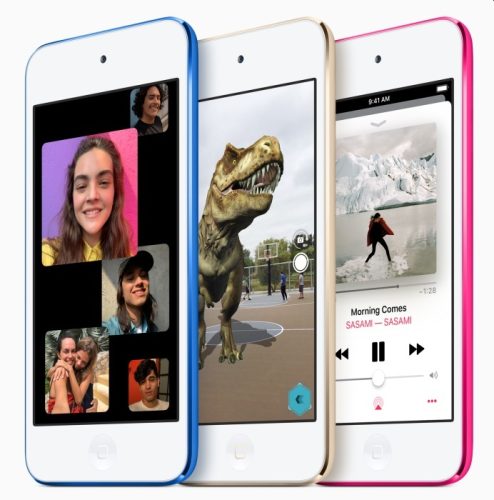 Apple’s first iPod launched in 2001, and while it wasn’t the first MP3 player to hit the streets, it quickly became one of the most popular thanks to a combination of its iconic design and integration with Apple’s iTunes software.

Over the years Apple updated the design multiple times, eventually expanding the iPod family with models including the screen-less iPod Shuffle and the touchscreen-only iPod Nano before eventually phasing those models out and replacing them with the iPod touch, which first launched in 2007.

The iPod touch is basically a stripped-down iPhone with support for WiFi and Bluetooth, but no mobile data. In addition to acting as a portable media player, you could use an iPod touch to run most iOS apps and games.

But without a data plan or phone calling capabilities, the iPod touch is more like a mini tablet than a phone, making it an option for folks looking for a dedicated media player or mobile device for casual gaming. You could give it to a kid without worrying that they’d run up your phone bill, for instance, or use it to listen to music on the go without worrying about running down your phone’s battery.

Still, now that smartphones are everywhere, it’s likely that the market for standalone media players is shrinking. Apple hasn’t released a new iPod touch since 2019, and with a 4 inch display and Aple A10 Fusion processor, the specs for that 7th-gen model are starting to look pretty dated 3 years later.

So while you can certainly still pick up an iPod touch from Amazon, Best Buy, Apple, or other retailers while supplies last, if you’re looking for a portable media player that will be supported for years to come, you might be better off picking up a phone or tablet and just keeping mobile data disabled. You can often find models that sell for considerably less than an iPod touch.