Acer’s new Spin 3 (SP314-55/N), meanwhile, is a more affordable model with a full HD display and a few less bells and whistles, but a price tag that starts at $850. This model goes on sale in Europe in June, but it won’t launch in the US until August.

This Intel Evo certified laptop is available with up to 16GB of LPDDR5 memory, up to 1TB of PCIe Gen 4 storage, and features an Intel Killer AX1675i WiFi 6E wireless card and two Thunderbolt ports.

The 2.9 pound notebook has a 14 inch, 2560 x 1600 pixel IPS LCD touchscreen display, a 360-degree hinge, and comes with an Acer Active Stylus with Wacom AES 2.0 technology and support for 4096 levels of pressure sensitivity. 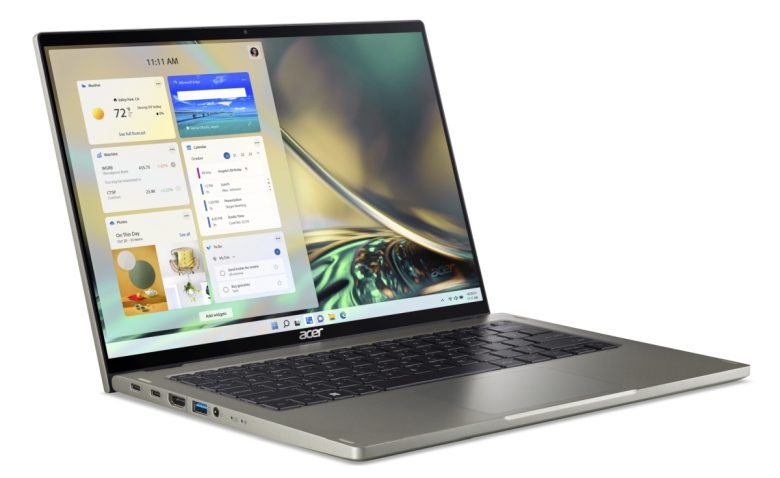 The laptop also has a full-sized HDMI port, two USB 3.2 Type-A ports, a headset jack, and a microSD card reader. And Acer says the laptop has a “TwinAir” cooling system featuring dual copper heat pipes. There’s a fingerprint sensor in the power button, and the laptop supports DTS Audio.

Acer’s lower-cost Spin 3 is also a touchscreen notebook with a 14 inch, 1920 x 1080 pixel IPS LCD display, a 360-degree hinge, and an Acer Active Stylus that fits inside the body of the laptop when you’re not using it. 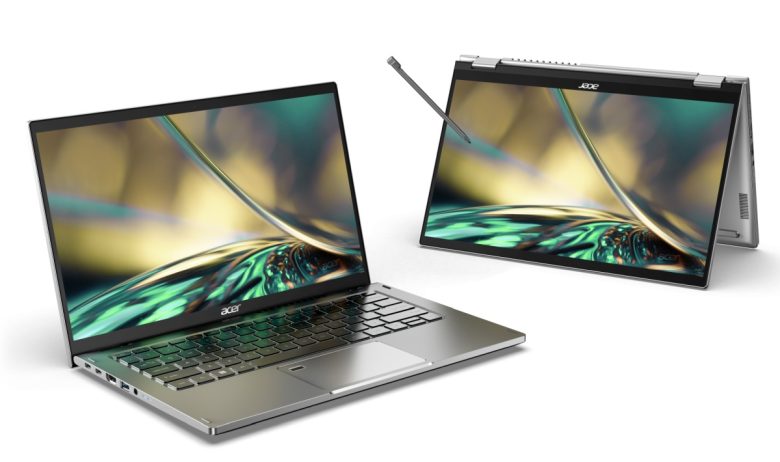 But it has an Intel AX201 wireless card that tops out at WiFi 6 rather than 6E, features LPDDR4X memory rather than LPDDR5 RAM, lacks a fingerprint reader, and is a little heavier, at 3.1 pounds.