Chinese PC and tablet maker VOYO has unveiled a new 2-in-1 Windows tablet with support for a detachable keyboard and pen input. Basically it’s a Microsoft Surface clone… but unlike Microsoft’s latest tablets, the VOYO VBook 2023 is powered by a 12th-gen Intel Core processor.

Under the hood it has a Intel Core i7-1260P chip, which is a 28-watt, 12-core, 16-thread processor with Intel Iris Xe graphics. Expected to ship in the second quarter of 2022, the VOYO VBook 2023 will go up for pre-order soon through a crowdfunding campaign. 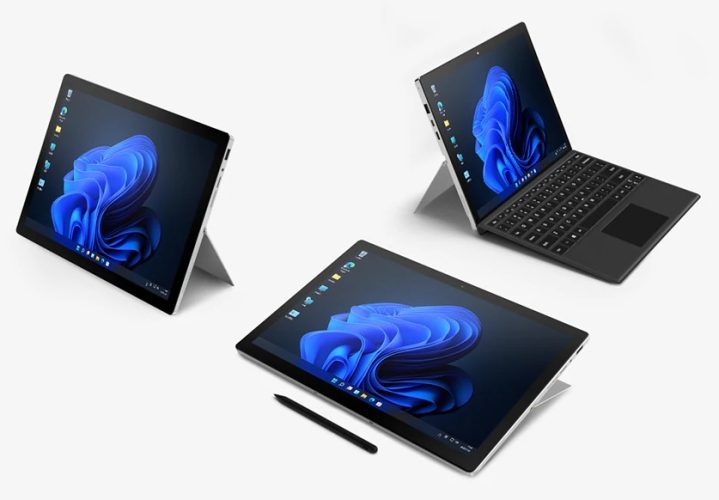 The tablet has a 13 inch, 2160 x 1440 pixel IPS LCD display with support for finger touch and pressure-sensitive pen input, a built-in kickstand that can be adjusted at angles up to 160 degrees, and a body that’s made from aluminum-magnesium alloy.

Pricing hasn’t been announced yet, but VOYO indicates that it’ll cost less than the latest Microsoft Surface Pro.