The Playdate is a handheld game console that’s different from most. With an unusual design that includes a 2.7 inch black and white display, a few basic controls on the front, and a hand crank on the side, it’s nothing like the Nintendo Game Boy or Switch clones we’re used to seeing.

First announced in 2019, the Playdate went up for pre-order last summer, ran into some pre-launch delays, and now… it’s finally starting to ship. 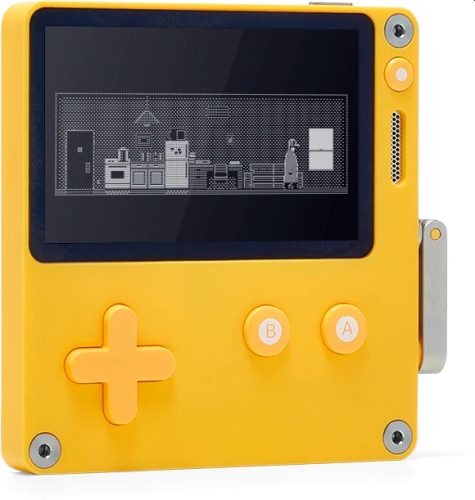 Playdate maker Panic says that the first batch of handhelds will begin shipping to customers today, but it could take a while to fulfill all of the pre-orders, since the Playdate is being made in small batches.

Folks who will be receiving theirs soon should have received emails recently. And if you haven’t placed an order yet, you can still do that… but you won’t receive a handheld until sometime in 2023.

The $179 price not only gets you a Playdate game console and a USB cable, but also 24 exclusive games, delivered as part of a “season.” You’ll get two games per week for twelve weeks, starting as soon as you set up the console.

Panic has also released a software development kit for the Playdate, encouraging independent developers to create their own titles, which can be copied to the device using the included USB cable. And this week the company announced it’s working on a Catalog app, which will basically be a game store where developers can sell apps that may not be part of a season directly to users. It’s unclear when Catalog will be ready to launch though.

Another recent update is the introduction of a new Playdate Mirror tool for Mac and PC, which allows you to mirror a Playdate’s screen to a computer so that you can record videos, live stream, or just play on a bigger display.

Because of the Playdate’s unusual design, it’s unlikely to be a device used for emulation or playing many pre-existing games, although I suppose it’s possible that developers could port titles from other platforms to run on the device. But if that’s what you’re looking for, there are plenty of other options with bigger, brighter screens and better game controllers.

The key reason to buy a Playdate is to play the different types of retro-inspired games that it’s made for. Games that don’t require things like shoulder buttons, analog sticks, or, you know color. That said, it’d be nice if the Playdate at least had a backlight. 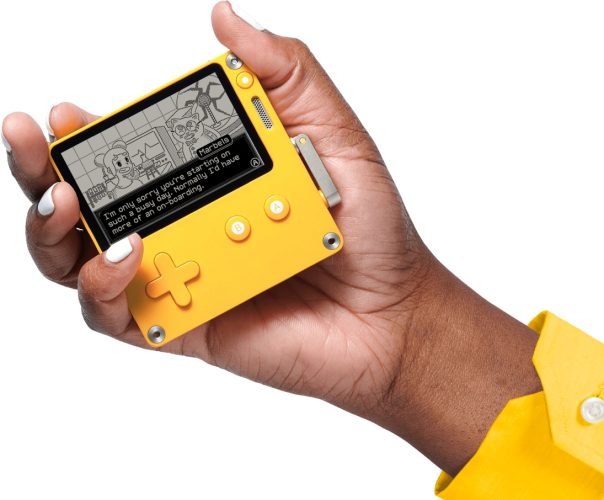 Early reviews from sites including The AV Club, Digital Trends, Engadget, Gizmodo, Nintendo Life,  TechCrunch, VentureBeat, and The Verge indicate that the Playdate largely delivers on its promise of offering a quirky, fun, portable gaming experience with an emphasis on casual games. But it’s not exactly cheap for what it delivers. While it’s nice that you’ll get at least 24 games, it’s unclear how many will be available in the future. And some folks have concerns about the screen quality or the durability of the hand crank.