Origin PC is now selling a line of gaming laptops and mobile workstations powered by 12th-gen Intel Core processors and NVIDIA RTX 30 series graphics. That includes models with 15.6 inch and 17 inch displays and beefy specs. But Origin has also introduced a new 14 inch model that trades some performance for portability.

The new Origin EVO14-S is a 2.4 pound gaming laptop with a 12th-gen Intel Core H processor, NVIDIA graphics, and a high-res 14 inch display. It’s available for purchase now for $1700 and up, although it takes up to three weeks for orders to ship. 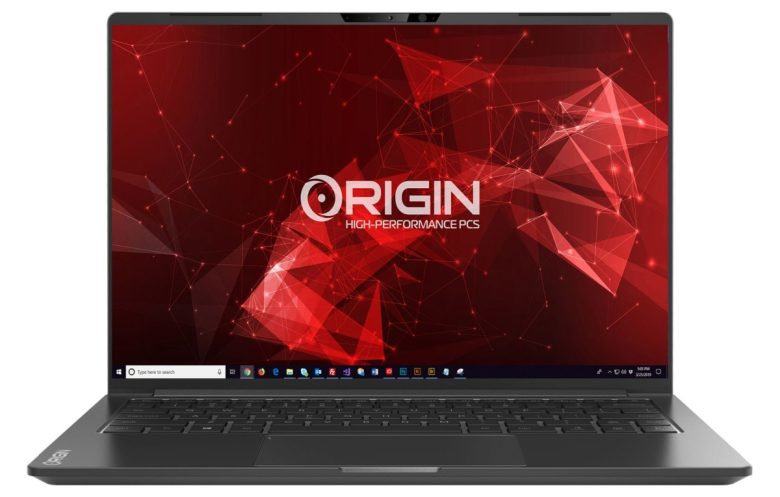 The notebook has a 2880 x 1800 pixel LCD display with a 90 Hz refresh rate, an Intel Core i7-12700H processor, and NVIDIA GeForce RTX 3050 Ti graphics with 4GB of DDR6 memory. While that GPU may not be good enough for the most demanding games or graphics-intensive workloads, Origin notes that the system can be connected to an external graphics card thanks to a Thunderbolt 4 port.

Other ports include two USB 3.1 Gen 1 Type-A ports, a USB 3.1 Type-C port, an HDMI 2.1 port, a headset jack, and a microSD card reader. The laptop supports WiFi 6 and features

The Origin EVO14-S measures 12.1″ x 8.3″ x 0.6″ and features a single-color (white) backlit keyboard, a glass touchpad, and a speaker system with support for 360-degree sound and Nahimi Audio.

Origin also sells a virtually identical laptop called the Origin NT-14. As far as I can tell, the only difference is that the NT series laptop is positioned as a mobile workstation rather than a gaming laptop. But it’s the same size and weight, has the same specs and options, and both laptops ship with a choice of Windows 11 Home or Pro software.