Android 13 Beta 1 is now available. While it’s currently aimed at developers looking to ensure their apps are compatible with the next major Android release, anyone can install the beta on a Google Pixel 4 or later smartphone or try out the operating system in an Android Emulator.

While Android 13 developer preview builds have been available since February, the move to Beta status implies that the latest build should be a bit more stable. Google is also updating some existing features and adding a few new ones. 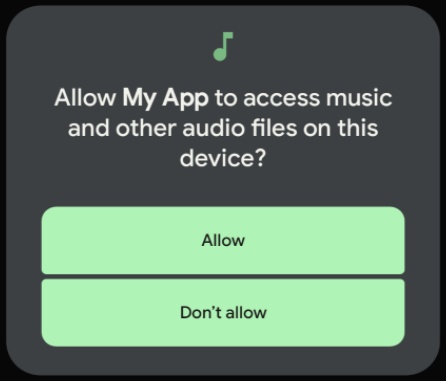 For example, there’s an update to media file access permissions. Instead of just granting an app access to all files, users will be asked if they want to grant access to specific types of files including images, audio, or videos. Want to let an app access one of those, but not the others? You should be able to do that with apps that target Android 13.

There’s also a new anticipatory audio routing API that helps media apps get a list of possible devices that could be used to play audio. Folks with Pixel devices now have 16 options each for wallpaper and basic color options. The media player widget has a progress bar that moves with the music.

For more changes, check out 9to5Google, which is publishing screenshots and descriptions of all the changes they can find Android 13 Beta 1 since the Developer Preview 2 release. And Mishaal Rahman is also detailing his findings in a Twitter thread.

For a more in-depth look at all the new features and changes coming to Android 13, I’d recommend checking out Rahman’s article at the Esper blog… it’s a doozy that gets seriously into the weeds, but there’s a table of contents that should help provide a high-level overview and let you jump to the sections you care most about.

Google will most likely release a few more betas of Android 13 before a final release comes this summer.