One of the things that makes Raspberry Pi’s small and inexpensive single-board computers interesting is the 40-pin connectors that makes it possible to connect expansion boards called HATs (which stands for Hardware Attached on Top). These can add features like sensors, displays, additional ports and other I/O options, and much more.

But most of the time you can only use one HAT at a time, since they require a physical connection to the Raspberry Pi and cover the computer completely. The makers of the new PiSquare have come up with a way to let you use multiple HATs at once: by making them wireless. 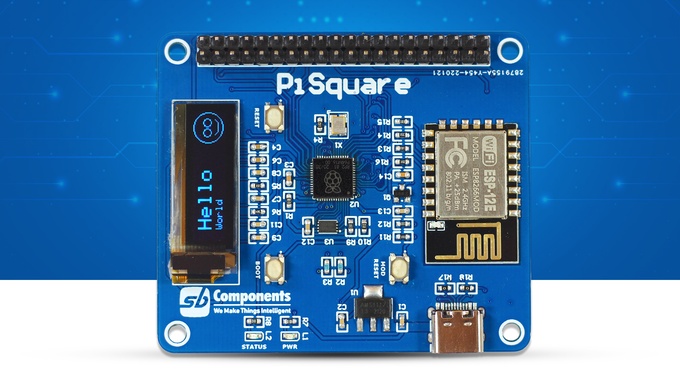 PiSquare is a small board that basically makes it possible to turn any HAT into a wireless add-on for a Raspberry Pi. Just plug the HAT into the 40-pin connector on the PiSquare board and instead of plugging that HAT into the Raspberry Pi itself, you can connect it over a WiFi network.

Eventually expected to sell for £20 (~$26) each, you can currently reserve a PiSquare for £9 (~$12) through a Kickstarter crowdfunding campaign. Production is expected to begin in May, after the campaign ends and if everything goes according to plan the PiSquare boards will begin shipping in June, 2022.

It should be compatible with any Raspberry Pi device that supports WiFi. And you can use either a Raspberry Pi or the PiSquare board as a server, allowing you to do things like:

While there’s always some risk involved with crowdfunding projects, the PiSquare comes from developer Jyoti Singh, who has already run two other successful Kickstarter campaigns for Raspberry Pi-related gear.

via Tom’s Hardware and MiniMachines