The Asus Zenbook 14X OLED Space Edition laptop is a thin and light notebook with premium specs. But what truly makes the notebook stand out is its “space” inspired design, including graphics on the lid and keyboard and a “futuristic” 3.5 inch OLED display on the lid that can display animations, text, or notifications.

First announced during the Consumer Electronics Show earlier this year, the ZenBook 14X OLED Space Edition is now available for purchase for $2000. 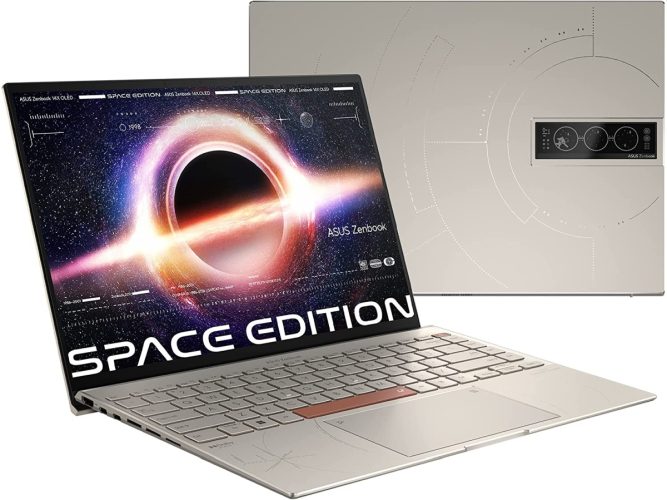 While that price might seem astronomical, the notebook does have a feature set that helps justify the cost, including: 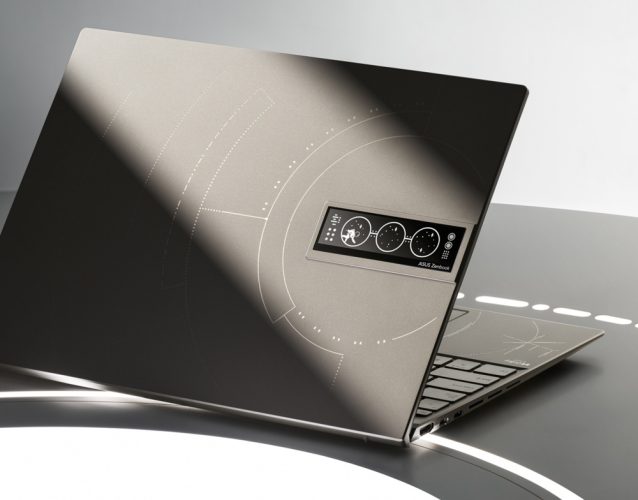 The Asus Zenbook 14X OLED Space Edition has a 63Wh battery and comes with a 100W USB Type-C power adapter, and the notebook has a backlit keyboard and a fingerprint sensor integrated in the power button. The chassis has been MIL-STD-810H tested for durability. Wireless capabilities include support for WiFi 6E and Bluetooth 5.2, and the notebook comes with a USB Type-A to RJ45 Ethernet adapter and a pressure-sensitive pen.

Asus notes that the box the laptop comes in can be folded and used as a notebook stand that props the computer up at a 23 degree angle.

Asus says the laptop was designed to commemorate the 25th anniversary of the first Asus laptop flown into space, and the decorations include a titanium-colored finish, Morse code graphics, and a planet symbol on the keyboard… because, why not? 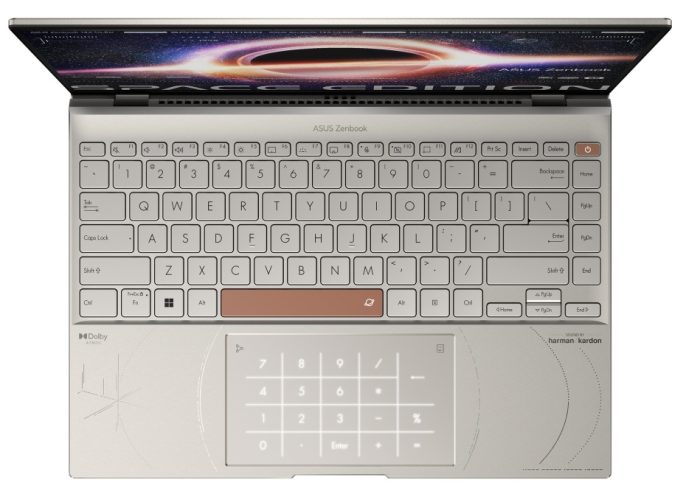 The 3.5 inch monochrome OLED cover display continues the Asus tradition of putting weird displays on the lids of laptops. This time it’s a screen that can display the time, date, battery level, space-themed animations, or custom text, among other things.

Like many recent Asus laptops, the touchpad can also be used as a NumberPad – tap the icon in the top right corner and a grid of numbers and symbols will appear that you can use to quickly enter figures.

The Asus Zenbook 14X OLED Space Edition is available now from the Asus Store, and it’s up for pre-order from Newegg and coming soon to Amazon.