Asus is showing off several new members of its ProArt line of professional displays at the NAB show this week, including a very unusual portable monitor with an ultra-wide display with support for pen input and a built-in Asus Dial that can be used to control functions in apps that support Microsoft’s Surface Dial.

While Asus first introduced the ProArt Display PA147CDV last fall, it’s still not available for purchase yet. But perhaps its appearance at the NAB show indicates that a launch may be imminent. 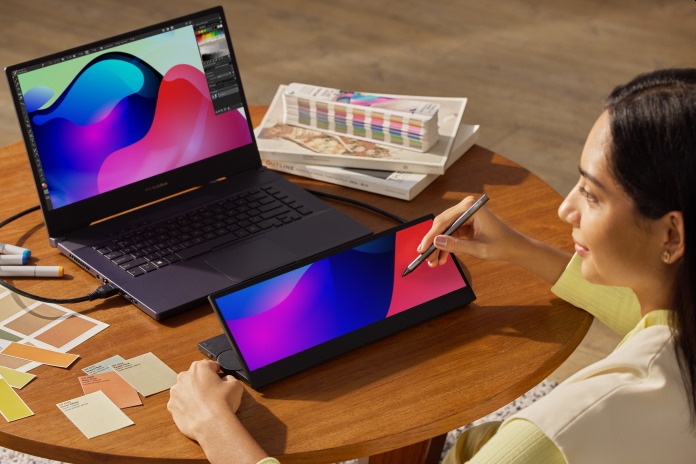 That screen, which is similar in size and resolution to the secondary displays the company uses for some of its “Duo” series dual-screen laptops, has a 32:9 aspect ratio that seems like it would be awkward to use for running full-blown apps, but which could come in handy if you’re looking for a surface that can be used to display controls or other secondary content while an app is taking up space on your primary display. 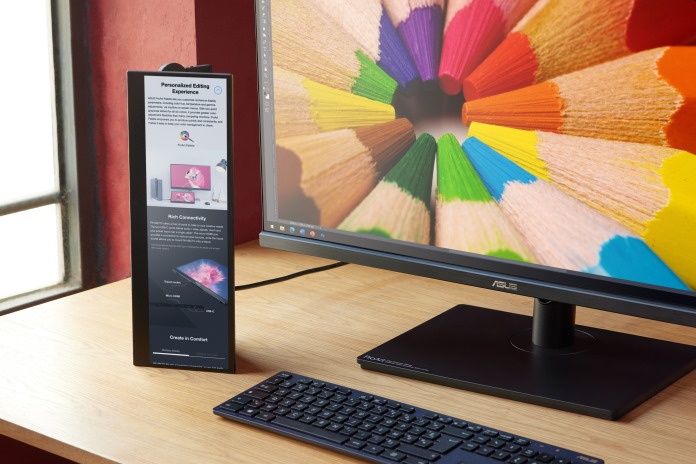 It could also be used to display chat apps, web browsers, or other apps while leaving your primary display uncluttered. Or you could use it as an input device, thanks to support for 10-finger capacitive touch input, pen input (any digital pen that supports Microsoft’s Pen Protocol 2.0 should work) and the Asus Dial positioned in the base behind the display.

There’s a built-in kickstand that allows you to adjust the angle of the display for use in horizontal or vertical orientations, or anything in between. And the display has an HDMI 1.4 input and two USB-C ports, which should allow you to connect just about any PC or mobile device.

Asus hasn’t announced pricing or availability details for the ProArt Display PA147CDV yet.