But now there’s another option that costs a little more, but which offers more options including optional support for 4G LTE as well as extra memory and storage. 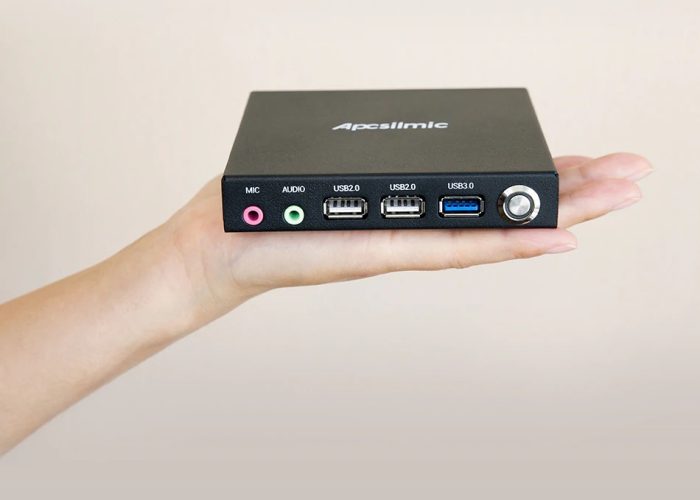 The Apcsilmic Dot 1 Mini PC is a small desktop computer with the same Qualcomm Snapdragon 7c chip that powers the Snapdragon Dev Kit that launched late last year. But the Apcsilmic model is available with up to 8GB of RAM and 256GB of storage. Prices range from $229 to $309 depending on the configuration:

Note that some models are currently out of stock, and there doesn’t even seem to be a price listed for a 4GB / 64GB WiFi + 4G configuration at the moment.

The little computer is passively cooled, which means there’s no fan or other moving parts to generate noise. And while it’s likely that most folks looking to pick up a cheap Windows on ARM desktop at this point are probably looking for a development platform, Apcsilmic notes that the system could also be used for “freelance work, watching your favorite movies, streaming, games or you name it.”

Update: The Apcsilmic website has been updated to state that the computer comes with Windows 11 Pro pre-installed and activated. There’s been no change to the pricing.