But hackers have found a way to replace Fire OS on Amazon’s 2020 Fire TV Stick and Fire TV Stick Lite with an unofficial build of Android TV… effectively transforming an Amazon media streamer into a Google one. 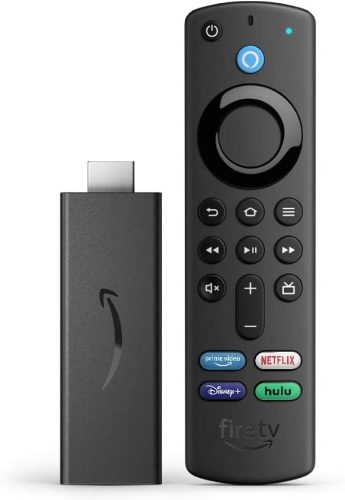 Before you get too excited, there are a few things to keep in mind. The first, and most important, is that in order to unlock the bootloader and change the operating system, you’ll need a Fire TV Stick running an older version of Fire OS. If your device has already received an over-the-air update to Fire OS 7.2.7.3, then you’re out of luck at it patches the vulnerability that allows you to unlock your device.

If your device is running an older version of Fire OS and you want to install Android 11, you may want to disable the internet connection until you’re ready to upgrade. Of course, that will make the Fire TV Stick a lot less useful in the short term.

The next thing to keep in mind is that the method used to unlock the bootloader and install a custom ROM is only compatible with the 3rd-gen Fire TV Stick and 1st-gen Fire TV Stick Lite, both released in 2020. While these 1080p media streamers are a few years old at this point, they’re still current-gen devices that are still available from Amazon. I just wouldn’t necessarily buy a new one expecting to turn it into an Android TV device, as there’s a good chance that a brand new model will run the latest firmware and therefore won’t be compatible with the latest methods for unlocking the bootloader and installing custom firmware.

Anyway, if you do have a compatible Fire TV Stick running a compatible version of Fire OS, you can find instructions and download links at the xda-developers forum:

That the first link will require a bit of Linux know-how, since you’ll need to run some command line utilities using a Linux distribution. The second link provides an unofficial build of the open source, Android-based LineageOS operating system that can run on Amazon’s 2020 Fire TV Stick devices. You can use the TWRP recovery installed in the first step to flash LineageOS to your device, overwriting Amazon’s operating system with a new Android-based one.

Keep in mind that if you want access to Google apps and services including the Google Play Store, you’ll need to install that separately, but you should be able to do that. Another thing to keep in mind is that this build of LineageOS leaves SELinux in Permissive mode, which may be a bit of a security risk, so proceed with caution.