The MECOOL KD3 is a media streamer powered by the same Google TV software as Google’s latest Chromecast. Plug the stick directly into the HDMI port of a TV and you can use it to steam 4K HDR content from Netflix, Amazon Prime Video, Disney+, YouTube, and other sources. It comes with a remote control with support for Google Assistant voice controls, but you can also use Google Cast to stream content from the internet to a TV while using your phone as a remote.

Chinese device maker MECOOL unveiled the KD3 in December 2022, and it’s now available for purchase for $63. 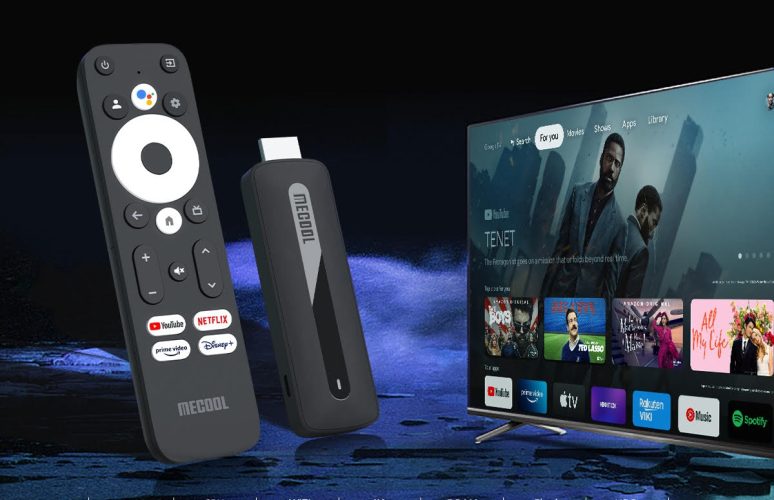 That makes the media streamer a little more expensive than the $50 Chromecast with Google TV and more than three times the price of Walmart’s Onn UHD Android TV streaming device though. So unless you really want the remote that comes with the MECOOL KD3, I’m not really sure why you’d go with this option.

Anyway, if you’re still reading, the MECOOL KD3 features an Amlogic S905Y4 processor, which is a quad-core ARM Cortex-A35 processor with Mali-G31 MP2 graphics. Other features include 2GB of LPDDR4 memory, 8GB of eMMC storage, and support for WiFI 5 and Bluetooth 5.0.

The stick measures 92.5 x 29.5 x 14.5mm (3.6″ x 1.2″ x 0.6″) and comes with a Bluetooth remote that also features IR for controlling the power and volume settings on your TV. There are dedicated buttons on the remote from Netflix, Amazon Prime Video, Disney+, and YouTube.