The Onyx BOOX Nova Air is a 7.8 inch tablet with an E Ink display and support for touch or pen input. It launched last year for $350 and up, and at the time it shipped with an Android 10-based operating system. Now a new model has shown up at the FCC and as far as I can tell, the main difference is that the Nova Air C ships with Android 11. Update: And I might have missed this at first, but it’s also a color E Ink tablet.

Looking for something slightly smaller? A Chinese company called Guoyue has released a 7 inch E Ink slate with pen support. GoodEReader went hands-on with the tablet, and also sells it in its shop for $410 (You can get the same tablet for $339 from AliExpress). 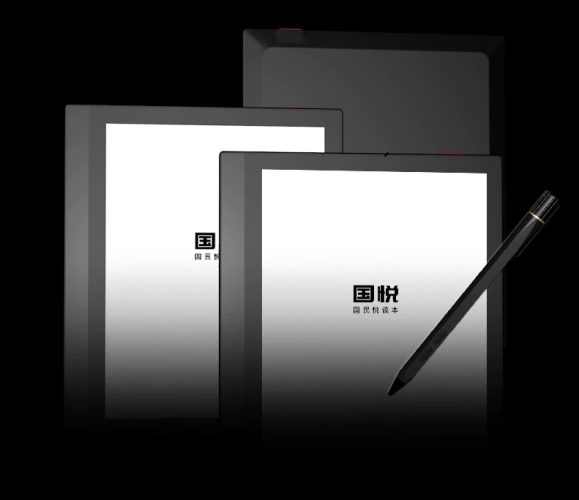 The Guoyue Smartbook T1 is a 7 inch tablet with a 7 inch E Ink display, pen support, a 1.8 GHz quad-core processor, 2GB RAM, 32GB storage, and Android 8 software. Now available with an English UI from GoodEReader for $399 (or AliExpress for $339). https://t.co/W8vcqhXjGH

Onyx BOOX Nova Air C hits the FCC, appears to be largely the same as the original Nova Air tablet with a 7.8 inch E Ink display that launched last year for $350, except that the new model ships with android 11 (up from Android 10). https://t.co/JopV0zFmtv pic.twitter.com/RdxR9oudXG

As part of its effort to actually pay attention to tablet apps for once, Google has announced it will make it easier for users to find “high quality” apps for large screens in the Play Store, advises developers to follow guidelines for improved visibility. https://t.co/8yselL5bQo

Netflix doesn’t officially allow sharing your password with users outside your household, but people do it anyway. Now the company will launch a test in three countries that lets you do so legitimately… for an extra fee. https://t.co/Fs14vAvwhZ