The Lenovo ThinkStation P360 Tiny is a compact desktop computer that measures just 7.2″ x 7″ x 1.5″, weighs 3 pounds, and has a volume of less than 1 liter. But under the hood it’s powered by up to a 12th-gen Intel Core i9 Alder Lake processor with 16 CPU cores and optional support for a discrete NVIDIA Turing GPU.

Lenovo says the ThinkStation P360 Tiny will be available in April with prices starting at $1149. 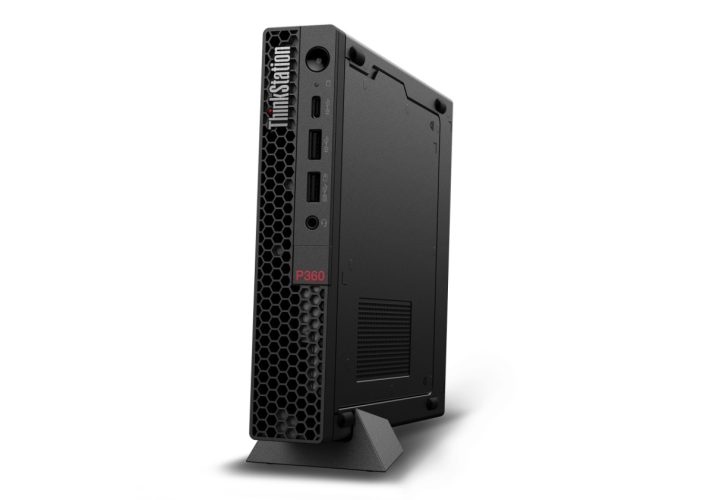 The computer, which Lenovo describes as “the industry’s smallest desktop workstation,” may not pack quite as many features or quite as much horsepower as a Tower-sized system. It only support sup to an NVIDIA T1000 GPU with Turing graphics architecture, for example, rather than a newer RTX A-series GPU with Ampere architecture.

Lenovo appears to be offering the little computer with 65-watt chips, with support for up to a Core i9-12900 16-core processor with top speeds of 5.1 GHz, although the spec sheet Lenovo shared with the press also mentions a 16-core chip with support for speeds up to 5.2 GHz, which seems unlikely in a computer this small, since the only chips that match those specs are the 125-watt Core i9-1200K or Core i9-12900KF processors. 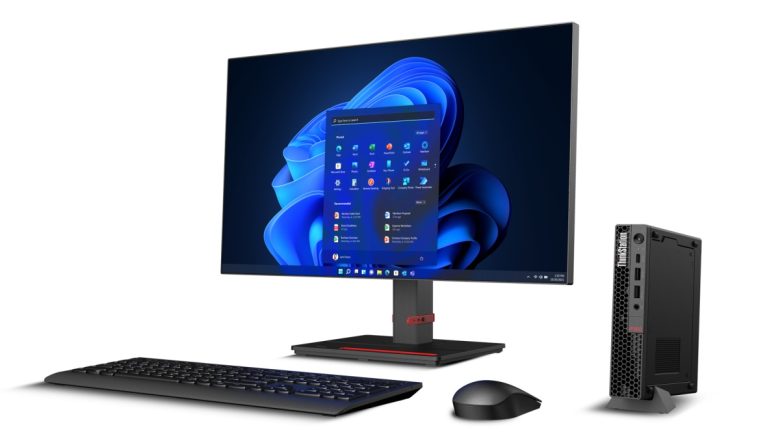 Other features include two SODIMM slots for up to 64GB of DDR5 4800 MHz memory, two M.2 slots for up to 4TB of PCIe Gen 4 NVMe solid state storage, a PCIe 4.0 x8 expansion slot, support for up to WiFi 6E and peltny of ports including: 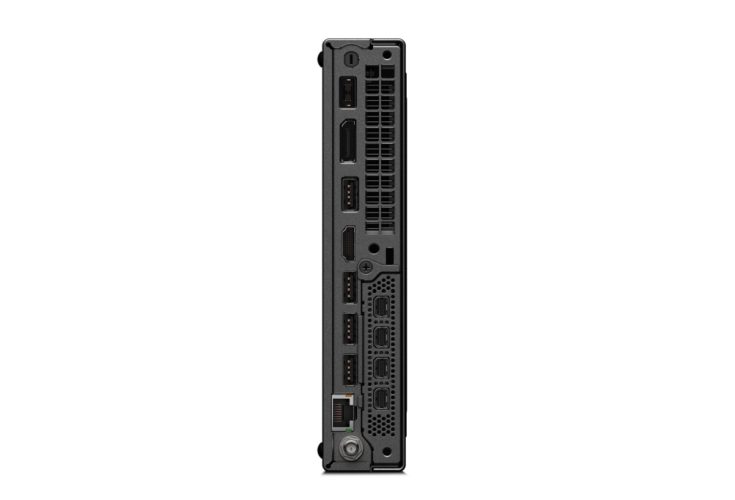 There’s also a space for two configurable ports for additional USB, video, or connectivity options. That includes optional support for Thunderbolt 4 ports (which, unfortunately, don’t appear to be listed in the standard set of ports).

The computer is small and light enough to be easily mounted to a wall or the back of a display using a VESA mount. And by desktop PC standards, it’s relatively low-power. Lenovo offers 170W or 230W power supplies, depending on the configuration.