Lenovo has announced that new ThinkPad X and L series notebooks are set to hit the streets this spring, most with a choice of Intel Alder Lake or AMD processor options.

All of the new laptops feature fingerprint readers integrated with the power button. They all support Dolby Voice technology for improved audio on voice or video calls. And they’re all available with an optional full HD IR camera.

Up until the past few years, most laptop webcams and microphones were generally pretty lousy. But the global pandemic has made video conferencing increasingly important, so it’s good to see PC makers like Lenovo move to offer better cameras… although it’d be nice if they came standard rather than as optional upgrades.

The new Lenovo ThinkPad X13 Yoga Gen 3 with an Intel Alder Lake processor will be available in June for $1369 and up, and the convertible notebook has a WQXGA display, a 57 Wh battery and a compact design: the laptop measures just 0.63 inches thick and weighs 2.62 pounds. 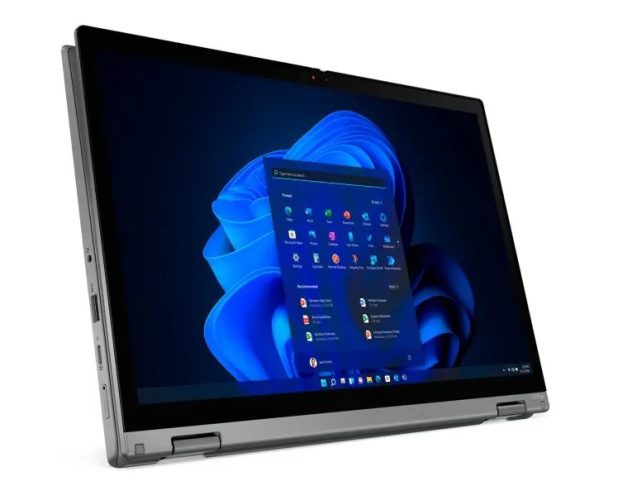 And here’s the pricing and availability for the Lenovo ThinkPad L laptops:

Note that only the Thinkpad X13 Gen 3 will be available with an AMD Ryzen 6000 series processor. The ThinkPad X13 Yoga doesn’t come in an AMD version at all, and the L series notebooks with AMD chips are all powered by 5000 series processors.