Intel has made big strides in bringing better integrated graphics performance to laptops in recent years, but now the company is taking a step into discrete graphics with the launch of its first Intel Arc A-Series mobile GPUs.

The company says its Arc GPUs bring significant boost in gaming, content creation, and media playback over what would be possible with integrated graphics alone, while still fitting in thin and light notebooks. The Samsung Galaxy Book2 Pro 15.6 inch laptop which was announced earlier this month, is the first laptop powered by Intel Arc graphics, but Intel says it’s working with every major PC maker to bring additional models to market in the coming months. 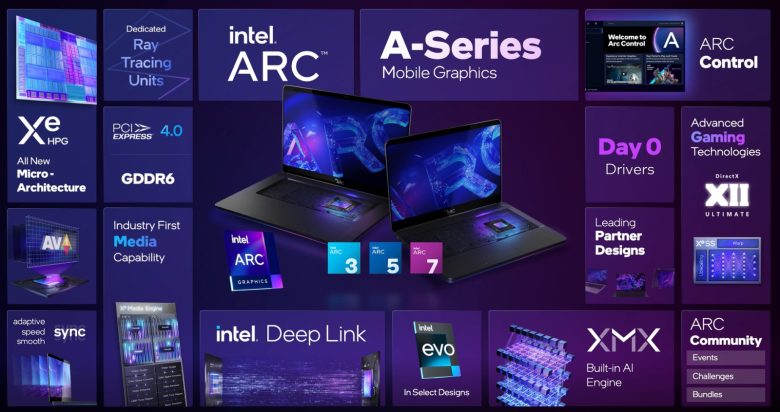 Intel is kicking things off with the launch of entry-level Arc 3 graphics featuring 6 to 8 Intel Xe GPU cores, 4GB of GDDR6 memory, and power consumption in the 25 to 35 watt range. 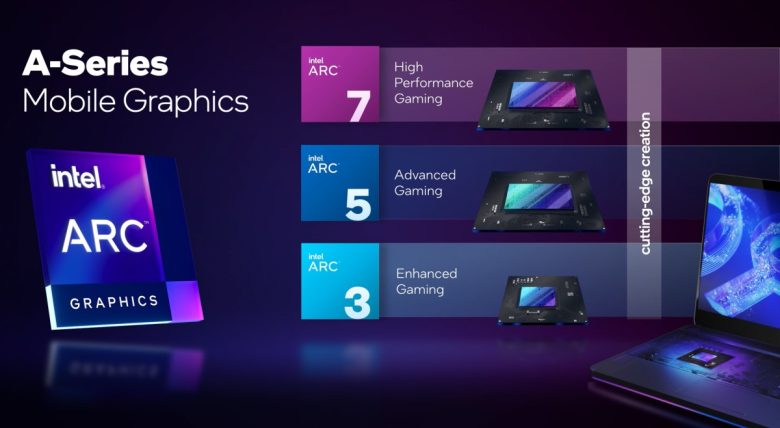 All of the new GPUs are based on Intel’s Xe HPG graphics architecture and include features like support for DirectX 12 Ultimate, hardware-accelerated ray tracing, Intel’s Xe Super Sampling (XeSS) for upscaling 1080p games to higher-res displays (20 games support the feature at launch), and XMX AI-acceleration for upscaling video content when doing things like converting low-res home movies to FHD or higher resolution.

Intel says its Arc A-series GPUs are also the first to feature built-in support for hardware-accelerated decoding and encoding of AV1 content, which allows for up to 50X faster encoding than you’d get using software alone when using tools like FFMPEG, Handbrake, Adobe Premiere, DaVinci Resolve, and XSplit.

The company is also rolling out a new Arc Control software experience for controlling graphics settings on computers with Intel Arc discrete graphics and systems with Iris Xe integrated graphics. 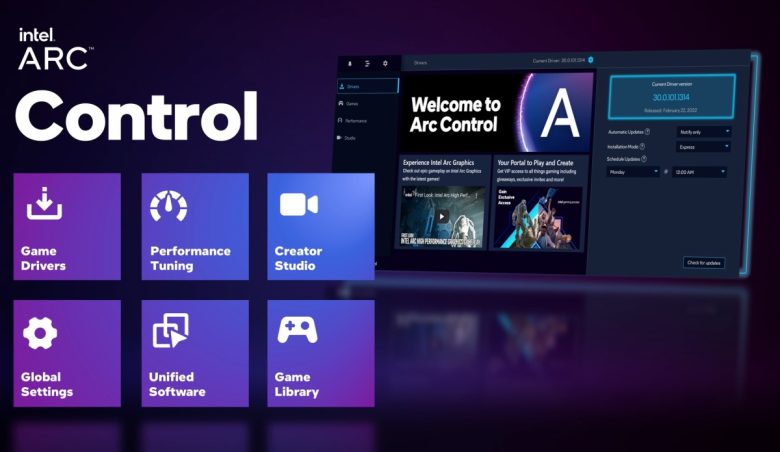 All told, it sounds like the Arc A-Series GPUs should bring a significant performance boost over what you’d get from integrated graphics alone. But it’s probably telling that all of Intel’s comparisons are to integrated graphics rather than to the competition from AMD and NVIDIA.

But for now at least, it seems like Intel is taking aim at laptops with entry-level discrete graphics like NVIDIA’s GeForce MX series rather than high-performance gaming or content creation machines. The company notes that not only will you find thin and light laptops with 9+ hours of battery life and Intel Evo certification featuring Arc graphics, but you’ll also find the discrete GPUs in systems priced as low as $899. 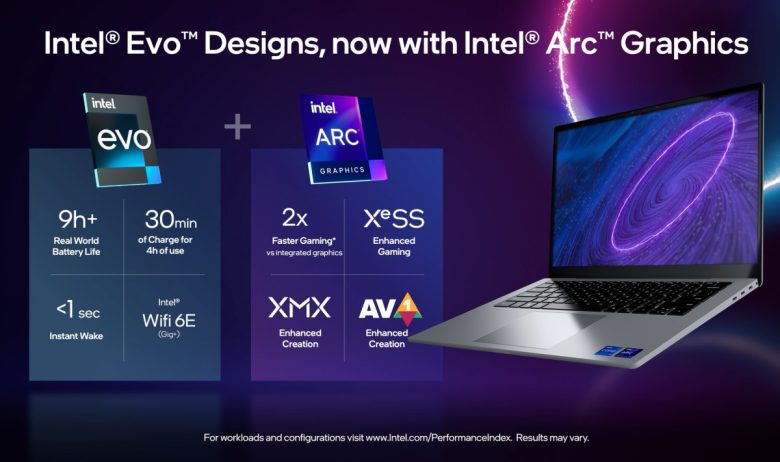 I suspect we’ll see higher prices and bigger, bulkier designs when the Arc 5 and 7 series chips launch this summer.

Intel has also teased an upcoming “limited edition” Arc desktop GPU which is set to hit the streets this summer, but the company hasn’t provided any details about specs or performance for that graphics card.