Less than a month after introducing the Honor Magic4 and Magic4 Pro smartphones with big, high-res displays and even bigger, higher-res cameras, Chinese phone maker Honor is adding one more model to the lineup.

The new Honor Magic4 Ultimate looks a lot like the Pro model at first glance, but it has an even more impressive camera system headlined by a 50MP primary camera with a 1/1.2 inch image sensor, f/1.6 aperture, and a custom image signal processor that enables features like 4K night mode video capture. 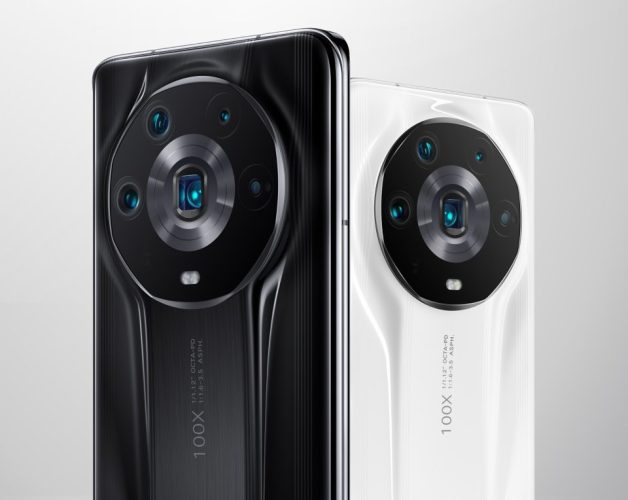 That primary camera is just one of four rear cameras on the phone, which also has a 126-degree ultra-wide camera with a 64MP image sensor, a 64Mp telescopic camera with support for 3.5X optical or 100x digital zoom, and a 50MP “Spectrum Enhanced” camera which Honor says “allows the camera system to reveal more details in complex environments like mist.”

Like other members of the Magic4 family, the new Magic4 Ultimate has a 6.81 inch OLED display with a 120 Hz refresh rate and support for 1920 Hz Pulse Width Modulation (PWN) dimming for reduced eye strain.

Here’s how the new phone stacks up against its siblings:

via press release and GSM Arena