The Chuwi MiniBook is a convertible notebook with an 8 inch touchscreen display and a 360-degree hinge that lets you use the computer as a laptop or tablet. When it first launched a few years ago, the MiniBook wasn’t the most powerful subnotebook around, but it was certainly one of the most affordable, with retail prices starting at around $430. But the original MiniBook has been out of stock for some time.

Now there’s a new model and it’s both cheaper and it has a newer processor. Banggood is selling an updated Chuwi MiniBook Yoga with an Intel Celeron J4125 processor, 6GB of RAM and 128GB of storage. Available for $330 at launch mid-March, it was selling for $360 by early April. 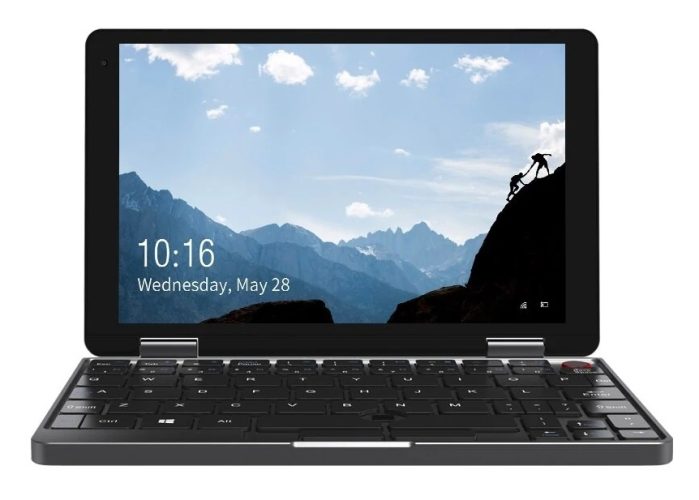 The new model appears to be physically very similar to the original. It still has an 8 inch, 1920 x 1200 pixel IPS LCD touchscreen display, a 26.6 Wh battery, the same set of ports and the same size and weight.

Wireless capabilities include WiFi 5 and Bluetooth 4.2 support, and the notebook has stereo 0.8W speakers, a 2MP webcam, and a built-in microphone.

What’s new is that the updated model has 6GB of RAM (the old versions started at 8GB) and an Intel Celeron J4125 processor, which is a 10-watt, 4-core, 4-core chip released at the end of 2019 as part of Intel’s Gemini Lake Refresh lineup.

When the MiniBook first launched it was available with two processor options:

While the new model with a Celeron J4125 processor probably won’t be a speed demon, it should bring a performance boost over the previous-gen entry-level model while also lowering the price tag of the little laptop.

For more details about the physical characteristics of the Chuwi MiniBook, check out Liliputing’s review of the 2019 model, which appears to be identical in most respects.

This article was first published on March 11, 2022 and most recently updated April 5, 2022 to reflect a price increase.