The folks behind the Banana Pi line of compact computers have been cranking out Raspberry Pi alternatives for years, and the latest is a new computer-on-a-module sporting an Rockchip RK3588 octa-core processor, support for up to 8GB of LPDDR4 memory and up to 128GB of eMMC storage.

Like a Raspberry Pi Compute Module, the new Banani Pi card features a processor, memory, storage, and all the other core functionality of a computer. But you’ll need to connect it to a carrier board if you want things like ports. 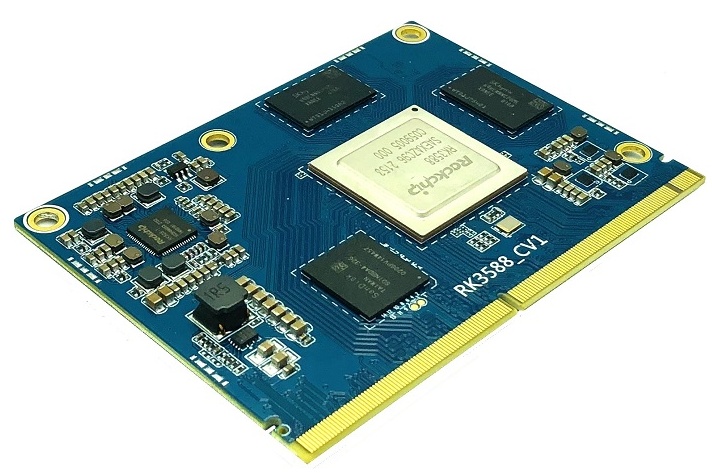 Banana Pi is calling the new module a development kit at this point, and says hardware samples are available upon request, but the new board’s not available for purchase yet and retail pricing hasn’t been announced.

At the heart of the little computer is the recently launched RK3588 processor, which is the same chip that powers the Radxa ROCK5 single-board computer. It’s an 8nm chip that features:

The processor also has a neural processing unit capable of delivering 6 TOPS of performance, support for 8K video decoding in H.264 and H.265 codecs and support for OpenGL ES 3.2, OpenCL 2.2 and Vulkan 1.1 graphics.

While it may not exactly be competitive with the latest Qualcomm, MediaTek, or Samsung processors, it’s Rockchip’s most powerful processor to date, and chips from the company have proven popular with devices focused on open source software like Pine64’s line of Linux-friendly laptops, tablets, and smartphones.

Banana Pi says its new board can be configured with 2GB, 4GB, or 8GB of RAM and 32GB, 64GB or 128GB of eMMC storage and the system supports Android 12 and Linux software.

The computer module supports PCIe 3.0, SATA 3.0, and USB 3.1 Type-C interfaces, but you’ll need to plug it into a carrier board to access those functions. A post on the Banana Pi forum shows what appears to be a sample board with two Ethernet ports, three HDMI ports, three USB ports, and a microSD card reader, among other connections. 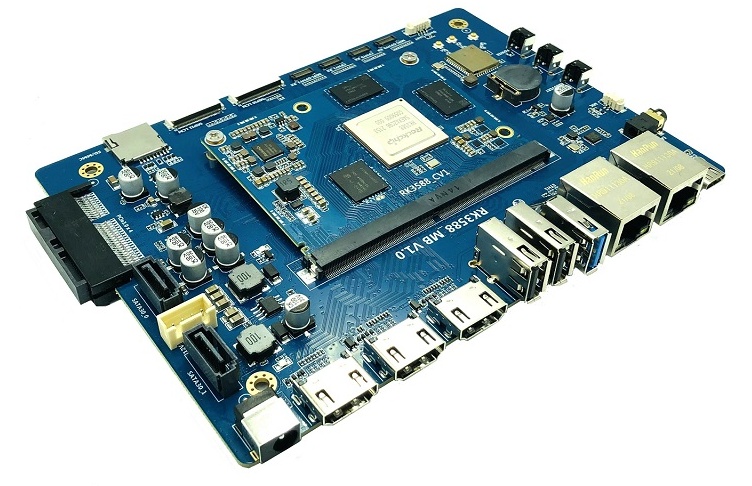