Over the past few years a number of Chinese PC makers have released tiny desktop computers that measure just 2.4 inches across and which pack low-power Intel Celeron processors. This year they started shaking things up a bit with the introduction of slightly larger 2.8 inch models packing more ports and newer, faster processors.

While most of the new 2.8 inch mini PCs I’ve seen so far have featured Intel Celeron N5105 processors, BYONE is now selling a model with a Celeron N5095 processor and 8GB of RAM. 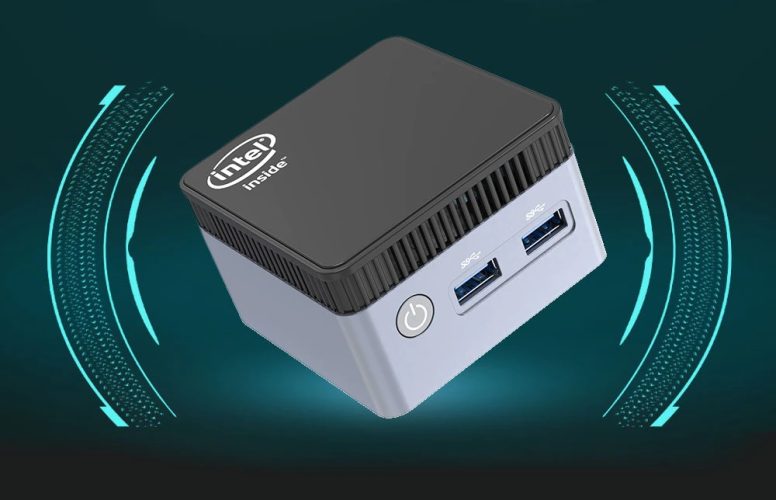 Available from AliExpress for $370 and up, the BYONE mini PC is available with 128GB, 256GB, or 512GB of solid state storage. It ships with Windows 10 pre-installed, supports WiFi and Bluetooth, and has a Gigabit Ethernet port.

BYONE’s product page shows a little computer with two USB 3.0 Type-A ports and a power button on the front, but there are no images of the back or sides. Still, given how similar the little computer looks to other 2.8 inch mini PCs, I’d venture a guess that it likely that it also has a third USB Type-A port on the back, a USB Type-C port for power input, two HDMI ports, a headset jack, and a microSD card reader.

As for why BYONE is offering a model in this price range with a Celeron 5095 processor, I can’t really hazard a guess, especially since models with the similar Celeron N5105 chip are selling for as much as $200 less.

Here’s a comparison of the two chips:

Theoretically I suppose it’s possible that the extra 5 watts could give the Celeron N5095 a slight edge in some CPU-heavy tasks, but the chips appear to be fairly evenly matched in at least some benchmarks.

Anyway, I suppose it’s nice to have options – if you’ve had your eye on a 2.8 inch mini PC but were disappointed that there was only a single processor offered, now there are two (very similar) chips to choose from.