FreeDOS is an open source operating system that allows you to run MS-DOS applications even though Microsoft stopped developing and supporting MS-DOS more than two decades ago.

While FreeDOS has been feature complete for years, the developers have continued working on the software and this weekend they released FreeDOS 1.3. 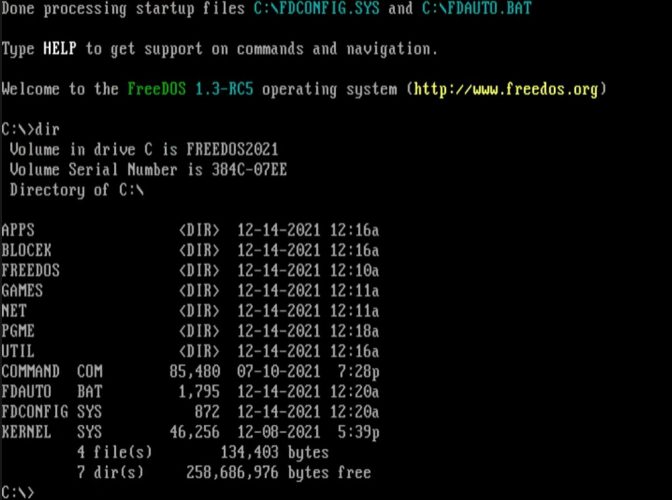 While there are plenty of ways to run MS-DOS apps on modern hardware using an emulator, FreeDOS is a complete 16-bit operating system that can be installed on old computers with XT, 286, and 386 processors as well as newer hardware. This provides both a way to run old software on modern devices and a way to keep old hardware useful with the ability to run an up-to-date, continually supported open source operating system while retaining the ability to run applications designed for MS-DOS.

That can come in handy whether you want to run MS-DOS games on a home computer or if you’re a business or enterprise operation that’s continuing to use the same accounting or automation software you’ve been using for the last 30 years, for example.

It takes just 20MB of disk space for a basic FreeDOS installation or 275MB for a full installation that includes some applications and games.

Changes in the latest release include:

You can find more details, as well as download links, at the FreeDOS website. You can also see the operating system in action in a recent video from FreeDOS founder Jim Hall that shows you around the final release candidate build of FreeDOS 1.3.