This is the year when we’re likely to start seeing smartphones with 200MP cameras, with the latest chips from Qualcomm, Samsung, and MediaTek all supporting the high-resolution image sensors. And one of the first phones to feature a (nearly) 200MP camera could be the upcoming Motorola Frontier.

Details about the phone were first leaked by WinFuture in January, and now Evan Blass (private account) has shared a new image giving us a better look at the phone… plus confirmation that it will have a 194MP primary camera. 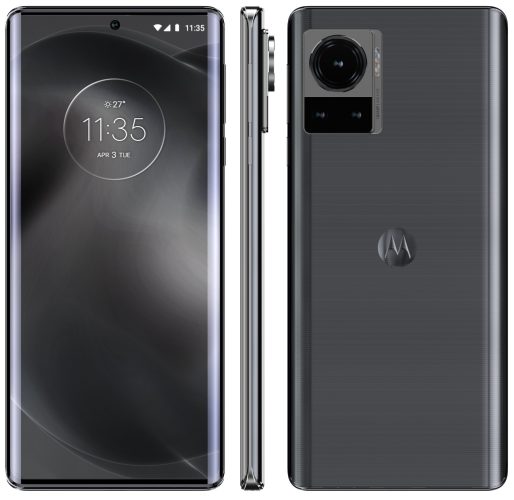 The new images show off the USB-C port on the bottom of the phone, as well as what looks like a bottom-firing speaker and a SIM card slot.

On the front of the phone you’ll find slim top and bottom bezels, a curved screen that wraps over the left and right sides, and a hole-punch cut-out for the front-facing camera.

The back of the phone features three cameras including the 194MP primary camera which not only has a high pixel count, but which also takes up a lot of space (and makes for a rather large camera bump). That camera features a 1/1.5″ image sensor and support for optical image stabilization, according to the description printed on the phone itself. There’s also an LED flash. 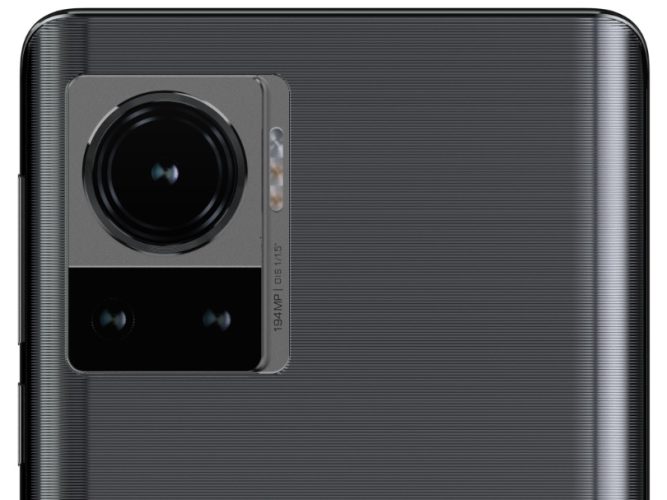 According to WinFuture, the Motorola Frontier will be available in July and the smartphone’s specs will include:

The phone is expected to ship with android 12 software and come with between 8GB and 12GB of LPDDR5 memory and 128GB and 256GB of UFS 3.1 storage.