Huawei’s latest MatePad tablet features a 10.4 inch, 2000 x 1200 pixel LCD display, a Kirin 820 processor, 4GB of RAM, and optional support for accessories including a pressure-sensitive pen and a detachable keyboard. 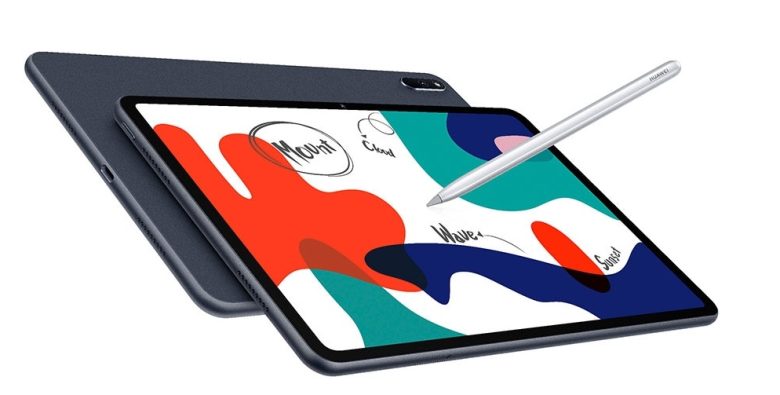 But Huwei’s tablet does have a few things that help set it apart from cheaper devices. For example, it has four speakers and 3 microphones. The optional Huawei M-Pen provides 4096 levels of pressure sensitivity, allowing you to write or draw on the screen. And the tablet supports Huawei’s new Super Device platform, which allows you to pair the tablet with a PC for use as a second screen or to quickly transfer files between devices, among other things.

Unlike some recent Huawei devices, the new MatePad ships with Android…  but it comes with the aging Android 10.0 operating system and Huawei’s EMUI 10.1 user interface rather than a more recent build of Google’s software. But there are some nifty add-ons like support for viewing up to four apps at once thanks to a split-screen mode that puts two apps side-by-side and lets you view two more in smaller floating windows. 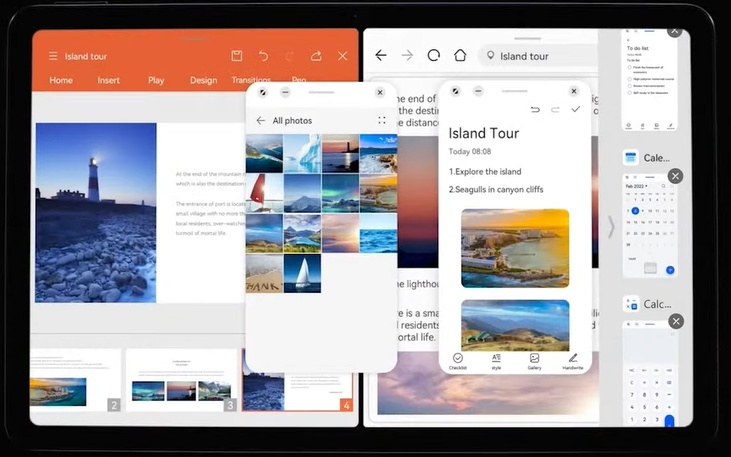 The tablet’s Kirin 820 processor is an 8-core chip with:

The MatePad has an IPS LCD display with up to 470 nits brightness, 8MP front and rear cameras, a 7250 mAh battery and 10V/2.25A charger, a USB 2.0 Type-C port, a microSD card reader, and support for WiFi 6 and Bluetooth 5.1. It does not have a headphone jack, but the tablet comes with a USB-C to 3.5mm audio adapter.