The GMK NucBox5 is a tiny desktop computer with support for up to two 4K displays, three USB 3.2 Type-A ports, a 3.5mm audio jack, microSD card reader, Gigabit Ethernet, and support for WiFi 6 and Bluetooth 5.2.

All of that comes in a system that measures just 2.8″ x 2.8″ x 1.8″ and which weighs just 7.2 ounces, making the NucBox5 easy to hide behind a display, under a desk, or even in your pocket if you want a desktop PC you can take with you. The GMK NucBox5 is now available for $255 and up. 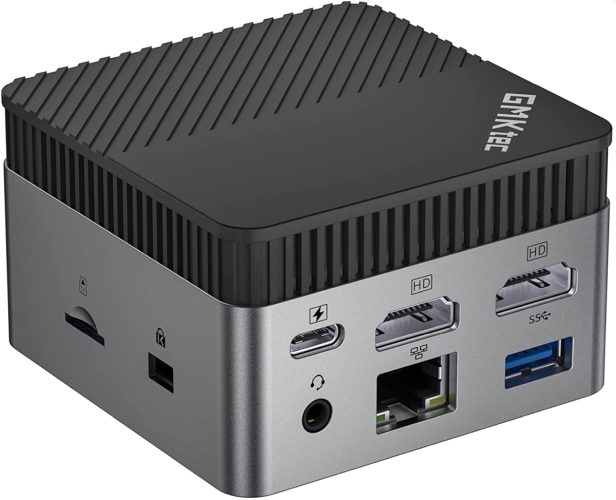 The little computer was actually first announced a month ago, but at the time it was available exclusively from the GMK website, where it’s still available worldwide for $320 and up. Now it’s also now available in the US from Amazon for $300 and up, but you can save $45 by clipping an on-page coupon.

Under the hood, the computer is powered by an Intel Celeron N5105 processor, which is a 10-watt, 4-core, 4-thread chip based on Intel’s Jasper Lake architecture. It has a base frequency of 2 GHz, support for burst speeds up to 2.9 GHz, and Intel UHD graphics.

The starting price will get you a modal with 8GB of RAM and 256GB of storage, but GMK also offers a higher-priced 8GB/512GB configuration and the little computer’s storage is courtesy of a user-replaceable M.2 2242 SATA SSD, so you can also upgrade the storage yourself. 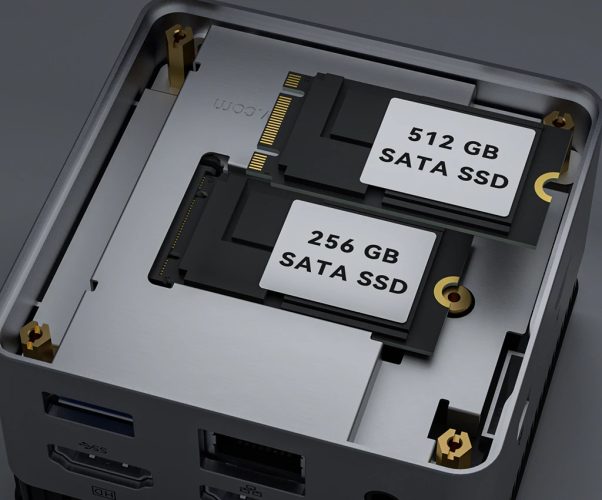 GMK’s press release also suggests that the company may eventually offer NucBox5 models with 16GB of RAM as well, but that option doesn’t seem to be available at the moment.

The computer is small, but it’s not entirely silent – in addition to a heat pipe, the computer has a fan for active cooling. GMK says it’s a low-noise fan, but low isn’t the same thing as no.