The BLU G91 Max is a budget smartphone with a few specs that you don’t typically find in low-cost models, including 8GB of RAM, 128GB of storage, and support for wireless charging.

That’s not bad for a phone with a list price of $250 and which is currently on sale for $180. But some of the phone’s other specs are rather underwhelming. 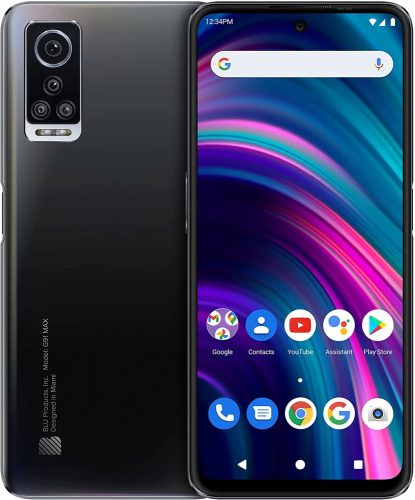 For example, it’s powered by a MediaTek Helio G95 processor, which MediaTek positioned as a chip for mid-range gaming phones when it first launched in 2020. But a 12nm processor with 2 ARM Cortex-A76 CPU cores, six Cortex-A55 cores, and Mali-G76 MC4 graphics is hardly state of the art in 2022.

While the 108MP camera sounds impressive, it takes a lot more than megapixels to make a good picture. That said, the low pixel count on the other three cameras doesn’t inspire a lot of confidence.

Other features include a 5,000 mAh battery with support for 18W wired charging and 10W wireless charging, a fingerprint sensor on the side of the phone, a 3.5mm headphone jack and a microSD card reader with support for cards up to 256GB.

Those last two are features that are much more common on budget and mid-range phones than flagships these days, but they could actually make the Blu G91 Max a little more attractive for some folks.

One thing the phone lacks? Support for 5G networks. The phone has two SIM card slots, but it only supports 3G and 4G networks (including T-Mobile and AT&T in the US). The phone also tops out at WiFi 4 and Bluetooth 5.1 connectivity and lacks support for NFC.

The phone ships with Android 11 software rather than the newer Android 12… which is a little sad, as Blu doesn’t exactly have a great track record when it comes to offering OS updates for its phones.