Chinese device maker T-Bao’s TBOOK MN22 is a small form-factor desktop computer that measures about 4.7″ x 4.7″ x 2″ and which can drive up to three 4K displays, supports PCIe NVMe storage as well as an optional hard drive, and which sells for around $270 and up.

The Athlon Gold 3150U is a 15-watt dual-core chip with support for hyperthreading for up to four logical CPU cores. First launched in early 2020, the chip is manufactured on a 14nm processor and has a base frequency of 2.4 GHz, support for boost speeds up to 3.3 GHz, and AMD Radeon Vega 3 integrated graphics.

In other words, while it’s comparable to an Intel Jasper Lake part, it will lag behind most recent Intel Core i3 or AMD Ryzen 3 or better chips when it comes to more demanding tasks.

But the system would probably make a decent home media center PC, digital signage system, or even (very) lightweight gaming system thanks to a set of ports that includes: 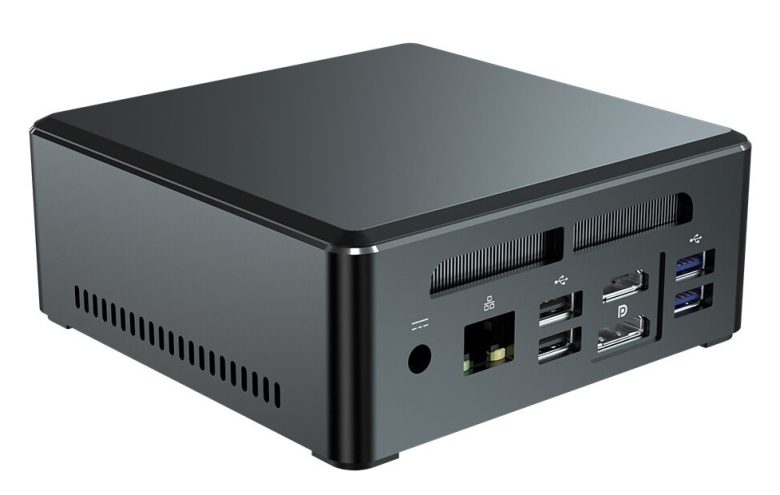 The computer also has a wireless card that supports WiFi 5 and Bluetooth 4.1.

Banggood is selling a T-Bao TBOOK MN22 for $370 with 8GB of RAM and 128GB of storage. But it’s also available for purchase in a few different pricing/configuration options at AliExpress.

Note that these systems all say they come with pre-installed, but there’s no word on whether it’s a licensed version of Windows – something that you shouldn’t take for granted when placing an order for PCs that ship straight from China.