Samsung has begun mass production of its first mobile processor with AMD RDNA 2 graphics close to three years after the company first announced it was licensing GPU technology from AMD.

The Samsung Exynos 2200 processor is a 4nm chip with eight ARMv9 CPU cores, a neural processing unit for AI, and an Xclipse GPU that brings RDNA 2 technology and support for features like hardware-accelerated ray tracing and variable rate shading to smartphones. 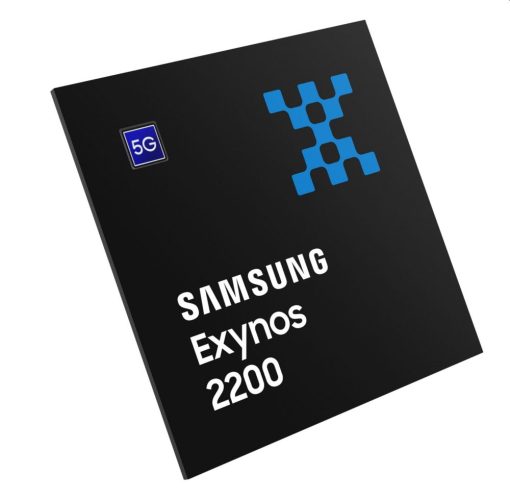 Samsung had been expected to introduce the Exynos 2200 processor last week, but the company unexpectedly… didn’t.

Now Samsung has issued a press release with some key details about its next flagship-class processor, so we know it will feature:

Samsung says the GPU will bring the sort of gaming features that had previously been limited to laptop and desktop computers, but in an energy-efficient design optimized for mobile devices.

Other features include support for displays with refresh rates up to 144 Hz, support for HDR+, an upgraded neural processing unit. a 5G modem with sub-6 GHz and mmWave support, and an Integrated Secure Element (iSE) for private cryptographic key storage.

Samsung hasn’t said when you’ll actually be able to buy a phone with one of these new processors, but it’s been widely expected that the upcoming Samsung Galaxy S22 could be the first phone powered by the chip… at least in some regions. Samsung does have a habit of offering flagship phones with Exynos chips in certain markets, but using Qualcomm processors in others.

Samsung is expected to launch the Galaxy S22 next month. We may have to wait until after that phone begins shipping before we know how the Exynos 2200 stacks up against the latest chips from Qualcomm and Mediatek in terms of real-world performance and efficiency.