It’s only been a few years since WiFi 6 technology was finalized and the first routers and mobile devices with support for 802.11ax started to hit the market. And now Taiwanese chip maker Mediatek says it’s already demonstrating WiFi 7 hardware to customers and industry partners.

WiFi 7 is still a work in progress and the specification, also known as 802.11be, hasn’t been finalized yet. But MediaTek says the first WiFi 7 products are expected to launch in 2023, bringing support for faster speeds and reduced network congestion. 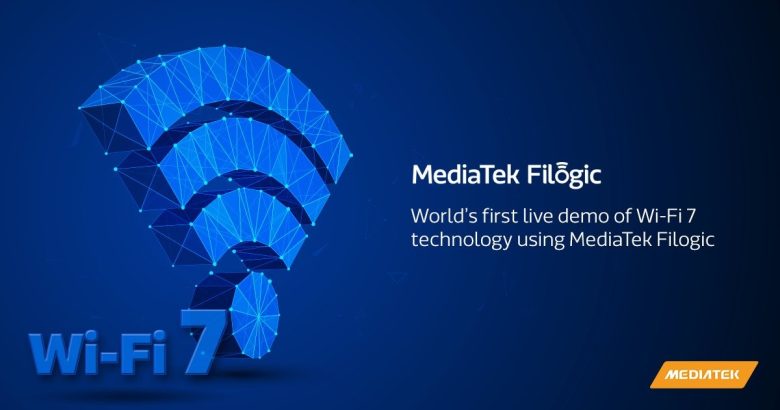 According to the WiFi Alliance, 802.11be will support max throughput of 30 Gbps or more, which is a big step up from the 9.6 Gbps top speeds available with WiFi 6.

Other improvements are expected to include support for 320 MHz channels, support for 4K Quadrature Amplitude Modulation (4K-QAM), and reduced latency and jitter (the former measures how long it takes for data to travel between endpoints, while the latter measures the amount of inconsistency in latency times across a network.

Even if the WiFi 7 standard is adopted quickly and the first devices featuring WiFi 7-capable hardware begin shipping next year though, it’ll likely be a number of years before 802.11be becomes the norm. Fortunately, like most WiFi standards, it’s backward compatible so that if you buy a next-gen router, laptop, phone, or other wireless device, it should work with your older hardware.

But with a growing number of internet-connected gadgets hitting the market, the growth of 4K (and maybe even 8K) video streaming, game streaming, and smart home technologies, it’s easy to see why a wireless standard that offers competitive performance with some of the fastest wired networks could become attractive.