First teased in a few social media posts in December, now we have some details about the tablet, including its name, processor, and display. 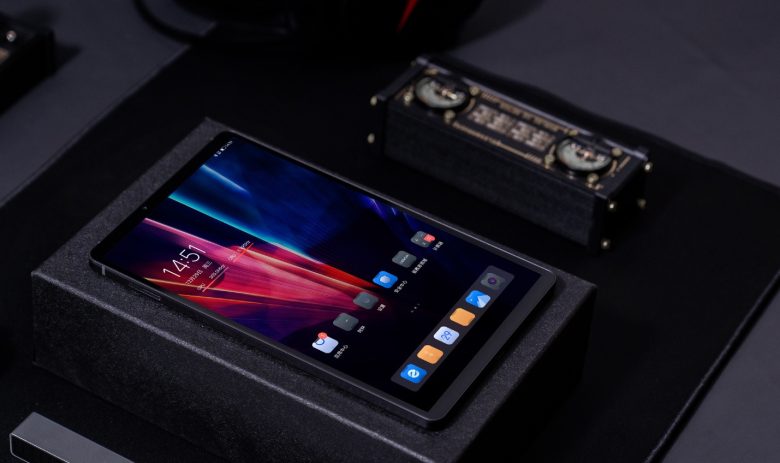 The Lenovo Legion Y700 has an 8.8 inch, 2560 x 1600 pixel LCD display with 100% DCI-P3 color gamut, a 120 Hz refresh rate, and a 240 Hz touch sampling rate. While the screen has a 16:10 aspect ratio, a Lenovo executive recently explained in a post on Chinese social media website Weibo that users will be able to adjust that aspect ratio at up to 21:9 in order to get more horizontal screen space.

This is accomplished by adding black bars above and below the window of a game, which basically means you’re losing some vertical space to get additional horizontal space. But since many smartphones have 20:9, 20:10, or 21:9 aspect ratios, this will allow you to use the tablet without missing out on content you might see if you were using such a phone.

Responding to a comment, the executive also says that the tablet will have a Qualcomm Snapdragon 870 processor. Previously disclosed features include JBL speakers and support for Dolby Vision and Dolby Audio.

Pictures of the tablet also shows relatively slim bezels around at least two sides of the display and a single rear camera with an LED flash. And Lenovo recently released a set of real-world pictures showing a brushed metal back panel and at least one USB-C port.

There’s no word on the price, release date, or whether this tablet will be released outside of China. But Lenovo does have a track record of offering Android-powered gaming devices internationally.

The company is also planning to launch a new gaming phone soon called the Lenovo Legion Y90. It’s expected to have a 6.92 inch AMOLED display with a 144 Hz screen refresh rate and 720 Hz touch sampling rate, two USB-C ports, and an air cooling system that seems to include a fan on the back of the phone.

Earlier today, it was teased by @LenovoLegion on Weibo pic.twitter.com/9NnV4pbUFq

via GizmoChina (1)(2)and NotebookCheck