The Lenovo 10w is a 10.1 inch tablet that comes with a detachable keyboard and works with an optional pen for writing and drawing on the screen. Designed for the education market, the tablet has a ruggedized rubber bumper and Corning Gorilla Glass for a scratch-resistant display.

It’s also one of a growing number of devices in this space powered by a Qualcomm Snapdragon 7c processor. The Lenovo 10w tablet is expected to ship with Windows 11 SE software and it will be available starting in April for $329 and up. 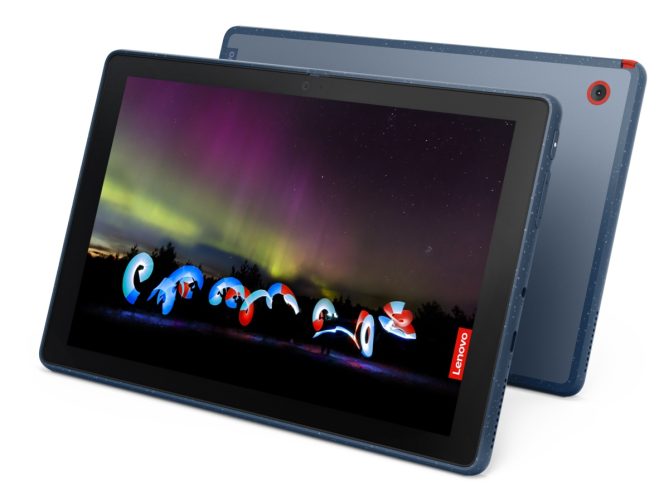 Windows 11 SE is a stripped-down version of Microsoft’s desktop operating system designed for the education market. The company positions as a “cloud-first” OS. With Microsoft 365 apps including Office and OneDrive pre-installed, that means students have access to productivity software and a cloud backup of all data, making it easy to pick up where you left off if you need to switch computers.

And while there is support for third-party applications like Zoom for video conferencing and Chrome for web browsing, the operating system is locked down to prevent students from installing their own apps – it’ll be up to school IT administrators to select which Win32 or Microsoft Store apps will be installed.

Windows 11 SE will also only be available pre-installed on computers like the Lenovo 10w. There’s no option for end users to purchase the OS. And all of those limitations may also be strengths, at least in the education market, where Microsoft is positioning Windows 11 SE as an alternative to Chrome OS, since it allows the operating system to run on entry-level hardware.

Indeed, the Lenovo 10w has a Chromebook-like price tag and Chromebook-like specs, including support for up to 8GB of LPDDR4x memory and up to 128GB of eMMC flash storage. 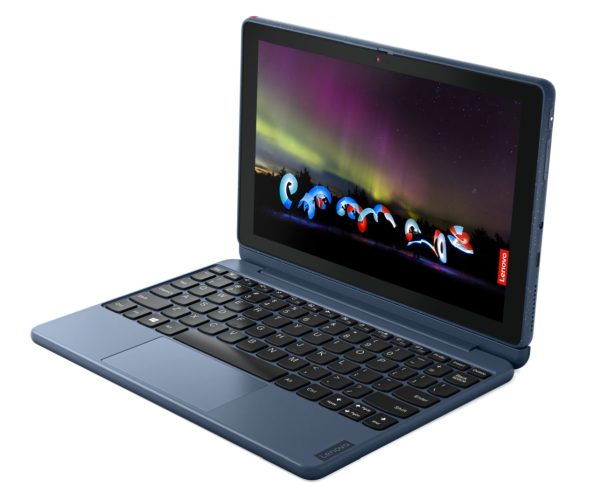 With a 16:10 full HD 400 nit display, the Lenovo 10w does have a higher resolution screen than some devices in this category though. It also has an 8MP rear camera and a 2MP front-facing camera, and the Lenovo 10w supports WiFi 5, Bluetooth 5.1, and features a 30 Wh battery, a USB-C port for charging and data, a 3.5mm headset jack, and stereo speakers.

Lenovo’s tablet has a MIL-STD-810G tested design for durability, and the detachable keyboard is water-resistant and should survive a spilled glass of water. With the keyboard attached, the Lenovo 10w is basically a small Windows-powered laptop for students, and the keyboard cover’s hinge allows you to tilt the screen back at angles up to 180 degrees.

There’s a garage in the tablet that allows you to store the pen when you’re not using it.