The new HP 11″ Tablet is a $500 Windows tablet designed for the world we’re currently living in. And by that, I mean it has a versatile camera designed for making video calls. The tablet’s single 13MP rotates at up to a 235 degree angle.

When placed on the back of the tablet, you can use the camera to snap photos or shoot videos. Flip it 180 degrees and you it becomes a front-facing camera for video calls. And flip it to a 235 degree angle and you can show participants in the call whatever is on your desk. And that’s just one of the things that makes the HP 11″ Tablet stand out. 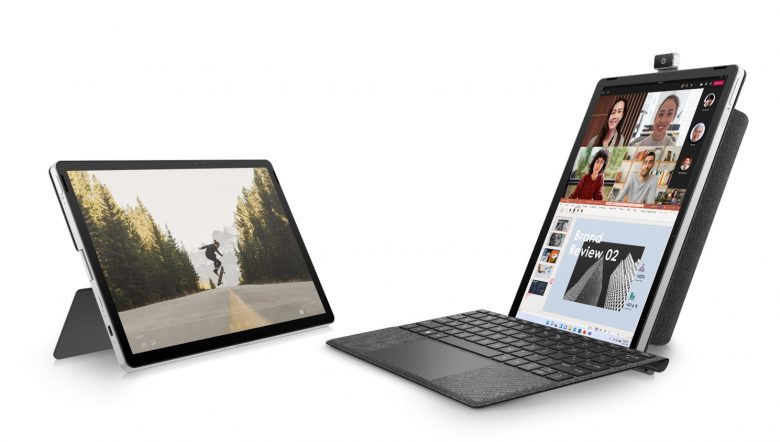 Like most tablets, it’s also designed for use in portrait or landscape mode, but HP’s tablet also has a kickstand that allows you to stand it up in either mode. There are also pogo pins along two sides, allowing you to connect a keyboard in either mode.

The HP 11″ Tablet has a widescreen (or tallscreen) 2.1K display, and HP notes that it gives you plenty of real estate for using Windows 11 snapping to position two or more apps on the screen at the same time. There’s also support for pen input for writing or drawing using the HP Rechargeable Tilt Pen, which is sold separately.

While the tablet is designed for use a standalone computer, the it also  supports HP Duet software, which allows you to use the tablet as a second screen for another PC. 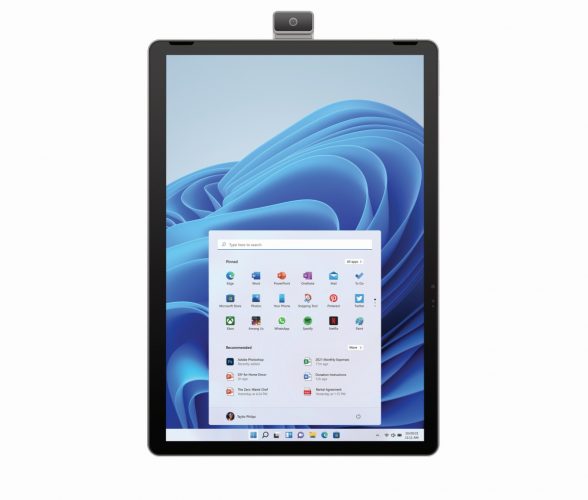 Under the hood, it’s powered by an Intel Pentium Silver N6000 Jasper Lake processor, which is a 6-watt, quad-core/quad-thread processor designed for low-cost devices rather than high-performance computers. But it should deliver around 30% better performance than previous-gen chips based on Intel Gemini Lake Refresh architecture.

Other specs include 4GB of LPDDR4x-2133 memory, 128GB of PCIe NVMe solid state storage, and support for WiFi 6 and Bluetooth 5. 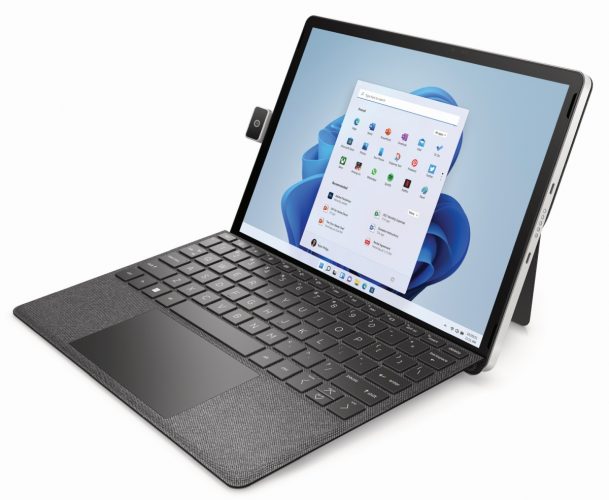 The tablet has a 5Gbps USB Type-C port with support for video output and charging, plus a microSD card and pogo pins for use with the detachable keyboard. 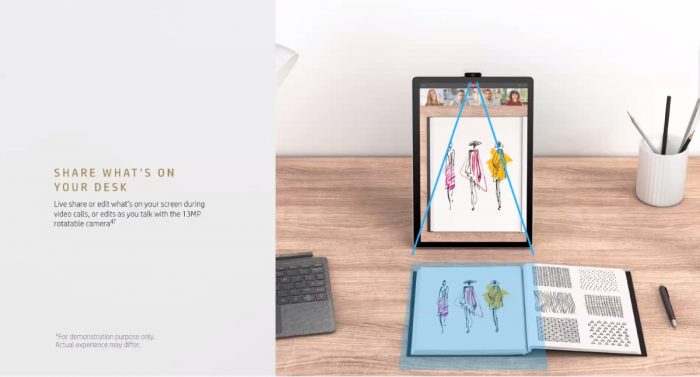 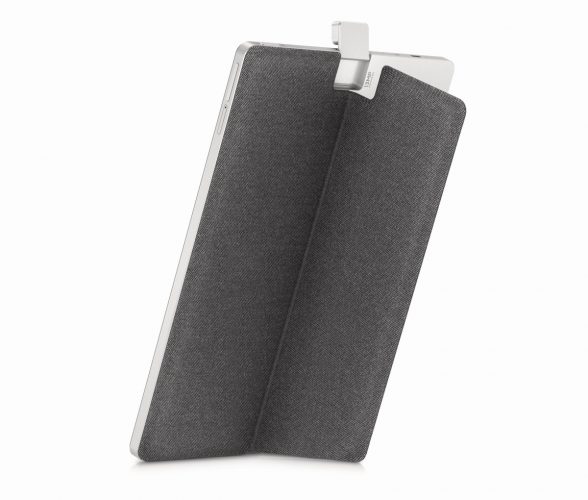 Interestingly the kickstand is a detachable magnetic accessory that adds another 0.2 inches and about half a pound tp the dimensions and weight.

First announced in September, 2021, the HP 11″ Tablet is now available from best Buy for $500 and up. The starting price gets you just the tablet, while you can also pay an extra $100 for a bundle that includes the HP 11″ tablet and a detachable keyboard.

Neither version comes with a pen, but HP says the tablet supports its HP Rechargeable Tilt Pen, which is a Microsoft Pen Protocol stylus, which suggests that you should be able to use third-party pens that support MPP as well.