Google is bringing some Android games to Windows PCs in a move the company announced in December, while providing few details about how that would actually work.

Now Google has launched a limited beta of Google Play Games for Windows. How limited? It’s only available for beta testers in South Korea, Hong Kong and Taiwan. 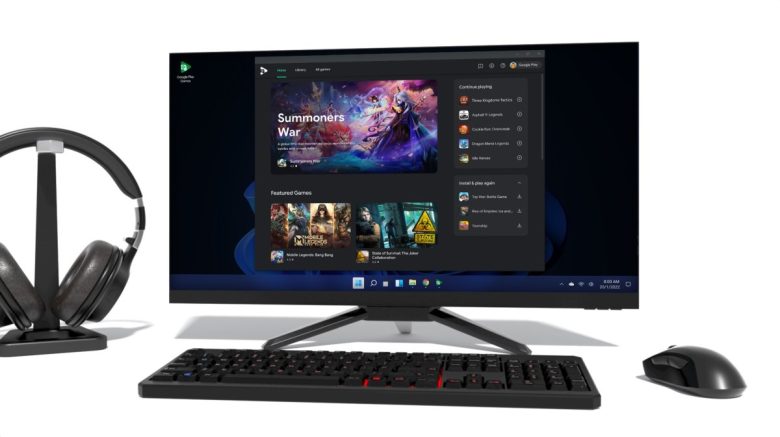 If you happen to be in one of those countries, you can sign up to try out the new service. Folks in other countries can follow that same link to sign up to be notified when Google Play Games for PC is available in other regions. And you can find a few more details at the Google Play Games Beta page on the Android Developers website.

Here’s what we know so far. While Microsoft is building support for running Android apps into Windows 11, Google isn’t tapping into the Windows Subsystem for Android. Instead, the company is releasing a Play Games app that runs on Windows 10 and up, only supports games and not other Android apps, and will provide access to a “library” of games, which suggests that there will be a limited selection of games to choose from. Google also says every game that’s available has been optimized “in collaboration with the developer.”

Some of the games available so far include Mobile Legends: Bang Bang, Summoners War, State of Survival: The Joker Collaboration, and Three Kingdoms Tactics.

But in addition to allowing you to play games on large-screen devices while using mouse and keyboard input, games that sync with Google Play Games will save your achievements and progress, allowing you to pick up where you left off on on another device. You can start a game on your phone and keep playing on your laptop, or vice versa.

Google says that while the beta is limited to three countries for now, the plan is to “expand to other regions later in 2022 and beyond.” 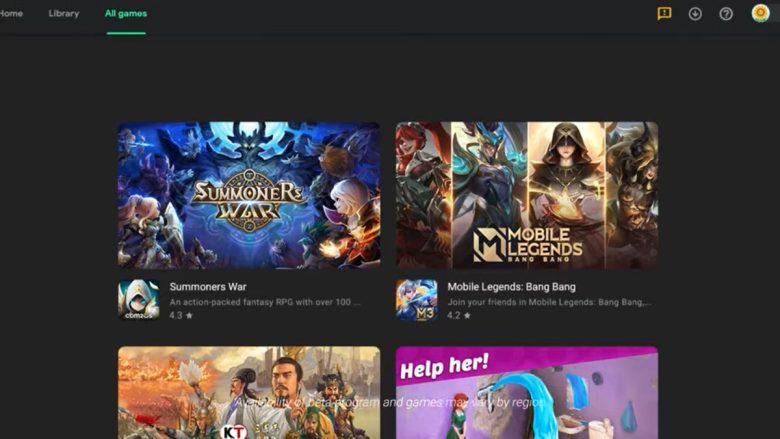 For game developers that want to make sure their apps are compatible, Google notes that there’s no need to make any major changes since Android APIs, libraries, and SDKs are all supported by the Play Games for PC app, and features like in-app purchases should work the same as they do on Android devices.

But developers should make sure their games support devices with x86 processors and work with keyboard and mouse input and large screens.

Another fun tidbit from today’s limited beta launch? It looks like Play Games for Windows might just be the start. Google notes that “Google Play Games is not yet available for Mac” (emphasis added), which could be an indications that the company is at least considering offering a version for Apple’s desktop and notebook operating system.