The ECS Liva Q3 Plus is a tiny computer that measures 2.9″ x 2.9″ x 2.1″ but which is a full-fledged PC capable of driving up to two 4K displays thanks to Mini DisplayPort 1.4 and HDMI 2.0 ports and an AMD Ryzen Embedded processor.

First unveiled about half a year ago, the ECS Liva Q3 Plus is now available for purchase for $242 and up. 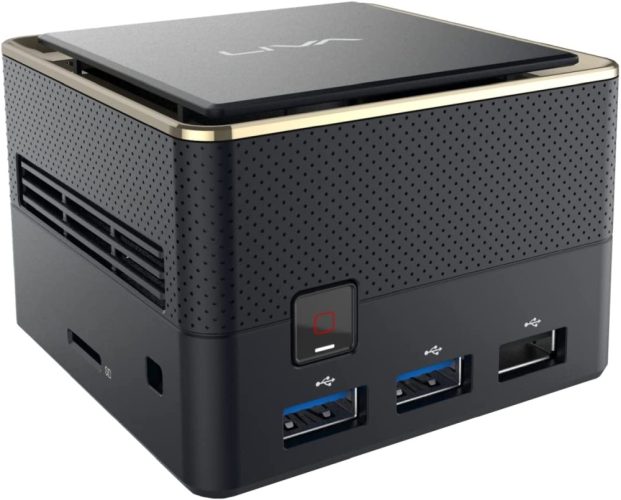 The little computer is available in two different prices/configurations at the moment:

According to a LinkedIn post from ECS, the higher-spec model should also be available from Amazon, but it’s currently listed as out of stock.

Both configurations feature the same compact chassis, LPDDR4-2400 memory, eMMC storage, and support for WiFi 5 and Bluetooth 4.1. And both have the same selection of ports including: 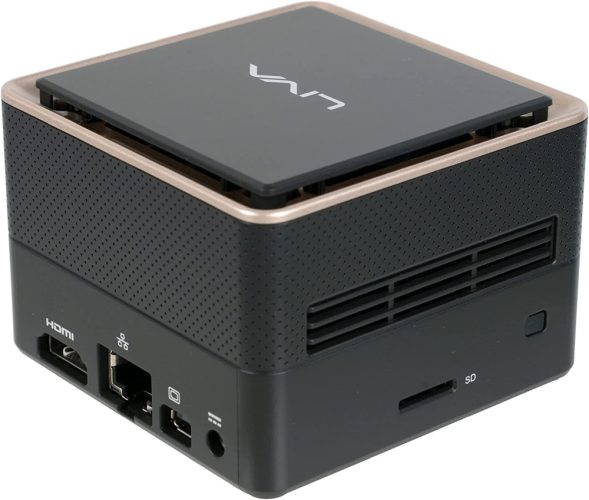 The key difference, aside from the memory and storage, is the processor. Both chips are first-gen Ryzen Embedded processors with AMD Zen CPU cores and Radeon Vega graphics, but the V-series chip packs a lot more punch. Here’s a comparison:

The V1605B also supports 16 PCIe Gen 3 lanes and up to four displays, compared with 8 lanes and 3 displays for the R1505G, but those factors aren’t really much of a difference for the ECS Liva Q3 Plus, which doesn’t supports PCIe storage or more than two displays.

One thing to keep in mind is that the Ryzen R1000 and V1000 series chips are both first-generation Ryzen processors and, as such, they’re not officially supported by Windows 11. When it comes to Ryzen Embedded processors, Microsoft only supports Ryzen V2000 series chips at the moment.

That said, the ECS Liva Q3 Plus does have TPM 2.0 support and should work with Windows 10 or many GNU/Linux-based operating systems.