Have multiple gamers in your household, but don’t really have the budget for multiple high-end gaming rigs? One option is game streaming, which allows you to stream games over the internet to your laptop, phone, tablet, or other devices using services like Google’s Stadia or NVIDIA’s GeForce Now.

But the folks at Dell’s Alienware gaming brand have another idea: instead of streaming games over the internet, why not stream them over a local network? That’s the idea behind Concept Nyx, which is basically a gaming-optimized home server that can stream games to up to four devices on your home network at once. 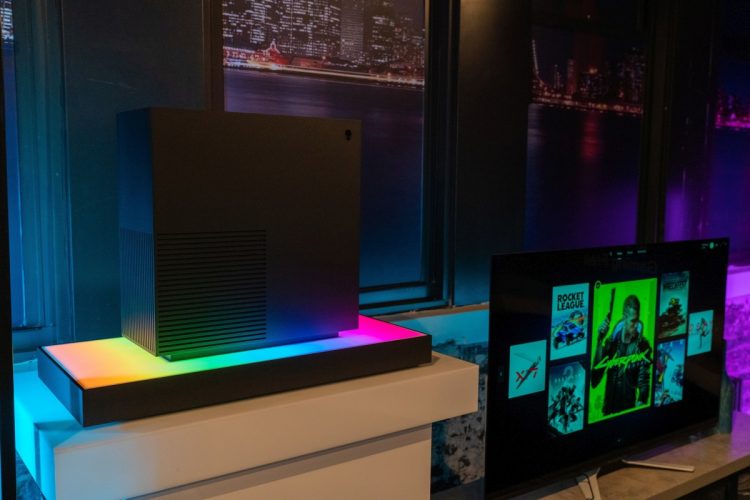 Dell isn’t saying much about the hardware that makes Nyx work. But the company did show off a demo of Nyx in action to journalists at tech news sites including Ars Technica and The Verge, and it seems to at least work for short gaming sessions.

According to Dell, Nyx works a lot like cloud gaming… but since games are streamed over your local network rather than from remote servers, there’s potential for lower latency and higher bandwidth for a better gaming experience.

Putting all of your games on a central server also makes organizing and accessing your titles across multiple devices as simple as pulling up your music or movie library using Plex or other home media server tools.

But there’s no guarantee that Concept Nyx will ever actually see the light of day. Right now it’s described as an “R&D project,” and it has the word concept right there in its name. In case you needed a reminder that Dell and Alienware concepts don’t always become real products, you need look no further than the game controller the company is using to show off its Nyx prototype hardware – it’s the same controller used for Alienware’s Concept UFO handheld gaming PC that made its debut two years ago… and which never graduated from concept to real-thing-you-can-buy.