ReactOS is an open source operating system designed to be compatible with Windows applications. It’s been in development for more than two decades and is still very much work-in-progress software, but the first major release in more than a year brings a handful of new features and support for additional hardware.

ReactOS 0.4.14 is now available for download and, among other things, it adds new features to the right-click context menu, the ability to run on NEC PC-9800 computers, networking improvements, and bug fixes and improvements to the ReactOS kernel and bootloader.

The most noticeable user-facing changes in the latest build are the addit9ion of “Open File Location” and “Open Command prompt here” options for the right-click context menu for the ReactOS Shell. There’s also a “Send To” feature that can send a file to predefined locations like “My Documents” or “Desktop.” 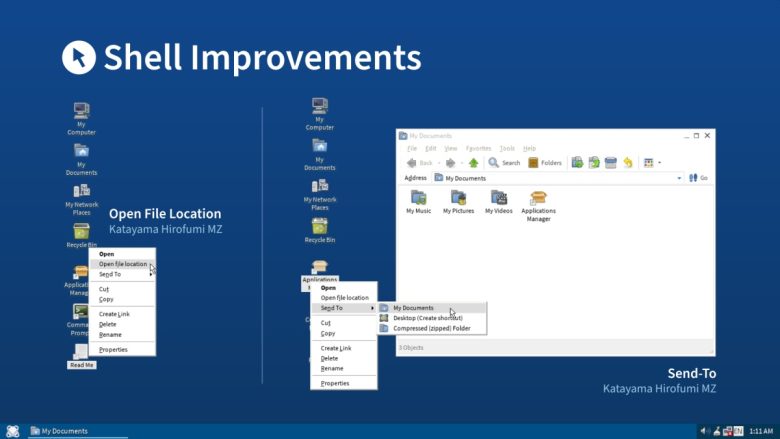 Other changes include the removable of obsolete fonts, which helped reduce the size of the operating system as well as memory usage.

Developers are also working to bring ReactOS to the original Xbox console, which would allow you to turn Microsoft’s first-gen game console into a Windows-compatible PC. But that project is still in its early stages and

You can also find a complete (and long) list of both visible and under-the-hood changes in the ReactOS 0.4.14 Changelog.

While ReactOS 0.4.14 is the latest numbered release with an emphasis on stability, there are also nightly builds of the operating system that have newer, buggier, and more experimental features.