Last year a startup called OSOM announced plans to develop new hardware with an emphasis on privacy. Founded by a group of folks who had previously worked at the now-defunct Essential Products, all signs pointed to that hardware including a new smartphone.

Now the company has confirmed that one of its first products will be a smartphone called the OSOM OV1, which is expected to launch next summer. 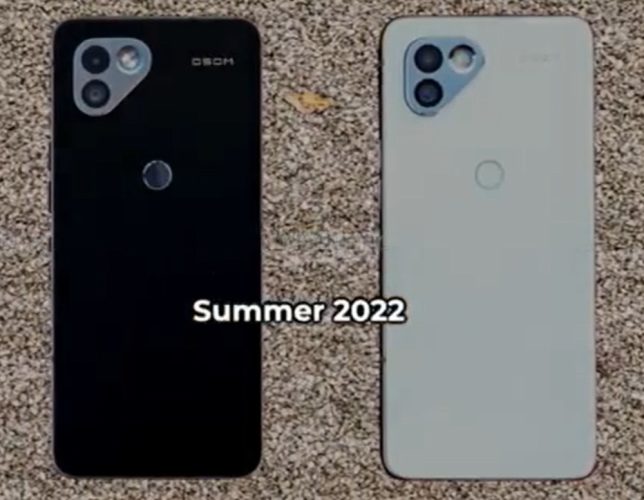 While there aren’t many details about the phone’s hardware yet, it’s clear from a short teaser video that the phone has two rear cameras, an LED flash, and a fingerprint sensor on the back of the phone.

In an interview with Android Police, OSOM CEO Jason Keats also mentioned that the phone will have an unspecified Qualcomm processor and that more details would be announced during the annual Mobile World Congress show in February, 2022.

Keats also notes that the phone will run close-to-stock Android software with some small customizations. The goal is to provide additional privacy protections on top of those already baked into Google’s mobile operating system, but it’s unclear if that will mean losing one of the things that made Essential’s first and only smartphone stand out from the crowd: timely software updates.

The Essential PH-1 was released in 2017 and quickly earned a reputation for offering high-quality design and good performance at an affordable price tag (one possibly mark against the phone was its camera though, which wasn’t particularly good, even by 2017 standards). But the phone’s greatest strength might have been software support – Essential often rolled out Android OS and security updates the same day Google made them available. Sometimes Essential PH-1 smartphones would even receive updates before they started rolling out to Google’s own Pixel devices.

But, as Android Police points out, even if OSOM does manage to produce hardware and software that offers a truly unique experience, that might not be enough for the company to succeed in the crowded smartphone space.

The company has raised about $20 million in funding, which is far less than the $300 million that Essential Products had raised by the time it launched its first phone. And Essential only lasted for a few years.

OSOM seems to be aiming low though – Keats says the small startup doesn’t “have to sell a million units to be financially successful,” which means a better point of comparison might be niche startups like Fairphone or Pine64 which have sales that are measured in the thousands rather than the millions, but which have built some loyalty by delivering hardware that’s truly different than anything else available.

The OSOM is expected to go on sale in the US, Canada, and some parts of Europe in the summer of 2022.