Chinese phone maker Oppo has developed a retractable smartphone camera that allowed the company to squeeze a high-quality telephoto camera into a slim phone with only a modest camera bump when you’re not snapping photos (and a rather sizeable one when you are).

Oppo says the camera provides 2X optical zoom when extended, with an equivalent focal length of 50mm. But it can fully retract in 0.6 seconds so that it’s flush with the rest of the camera module, which offers protection if you drop the phone. 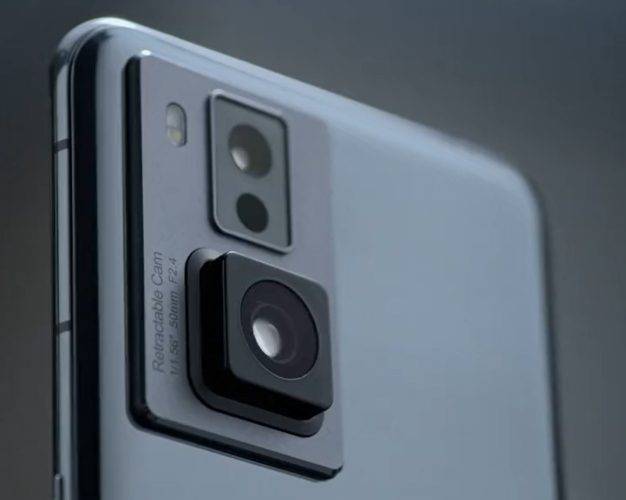 While this isn’t the first time we’ve seen a smartphone with a retractable camera, Oppo’s solution is a lot more compact than Samsung’s old Galaxy Zoom phones, and it also offers the benefit of splash and dust resistance.

Oppo says the camera features a Sony IMX766 1/1.56″ CMOS image sensor, an f/2.4 aperture, and support for optical image stabilization, auto-focus, and natural bokeh. The phone also supports automatic drop detection, so the camera should retract before it hits the floor.

Oppo showcased its new retractable smartphone camera at its Oppo Inno Day event in China, after sharing a brief teaser video last week. While the official video the company released today isn’t much longer than the initial teaser, some hands-on videos shared to social media give us a slightly better look at the new camera system in action.

#Oppo – Oppo had showcase retractable camera technology in INNO DAY event. It’s a 1/1.56 inch CMOS with a set of 50mm fixed focus lens, and problem of insufficient flange distance is solved through the “telescopic” method.

Oppo may not be the only phone maker looking to give retractable cameras another try. Rival Xiaomi also recently teased its own telescopic/retractable smartphone camera solution.

This article was originally published December 7, 2021 and last updated December 14, 2021.