In November a reddit user shared a disturbing story about how they tried to place a 911 call from a Google Pixel 3 smartphone running Android 11, but not only did the call not go through, but the phone froze.

It turns out the problem was caused by an interaction between Android and the Microsoft Teams app, and now Microsoft has rolled out an update to the app that should prevent the issue from occurring again. 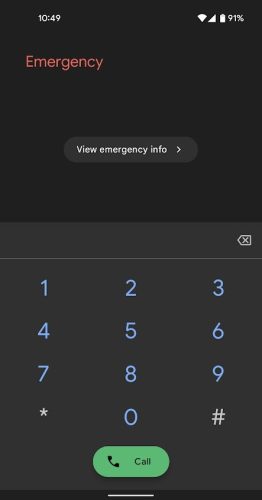 The issue was a strange one that only affected devices where a user was running Android 10 or later and had installed the Microsoft Teams app, but not actually logged into the app. Google’s short-term suggestions were to either sign into the app or uninstall and reinstall it. Microsoft’s update should remove the need for those actions.

If you’re wondering how a third-party app could cause such a troubling failure of a key feature included in modern smartphones, Mishaal Rahman has an in-depth breakdown. But in a nutshell, third-party apps that can make phone calls register a PhoneAccount instance on Android… and a bug in the Teams app (which has not been patched) caused it to generate a new PhoneAccount instance every time the app was loaded if a user wasn’t signed in.

That alone wouldn’t cause an emergency call to fail, but Rahman explains that this bug interacted with an Android bug that could lock up a device when the OS was looking through the list of PhoneAccounts as you try to place an emergency call.

Google says that it will include a fix with an Android platform update on January 4th, but since many phone makers are slow to apply Google updates, it’s probably for the best that Microsoft has already rolled out its own update patching the Teams app to help keep this from happening to other users in the future. So now if you’ve got the Teams app on your phone, you can probably protect yourself by signing in, removing the app, or just making sure it’s up to date.