The MECOOL KD3 is a dongle that you can plug directly into the HDMI port of a TV to stream 4K HDR content from Netflix, Amazon Prime Video, YouTube, and other sources. It also supports Chromecast functionality and comes with a remote control with a microphone and Google Assistant key. 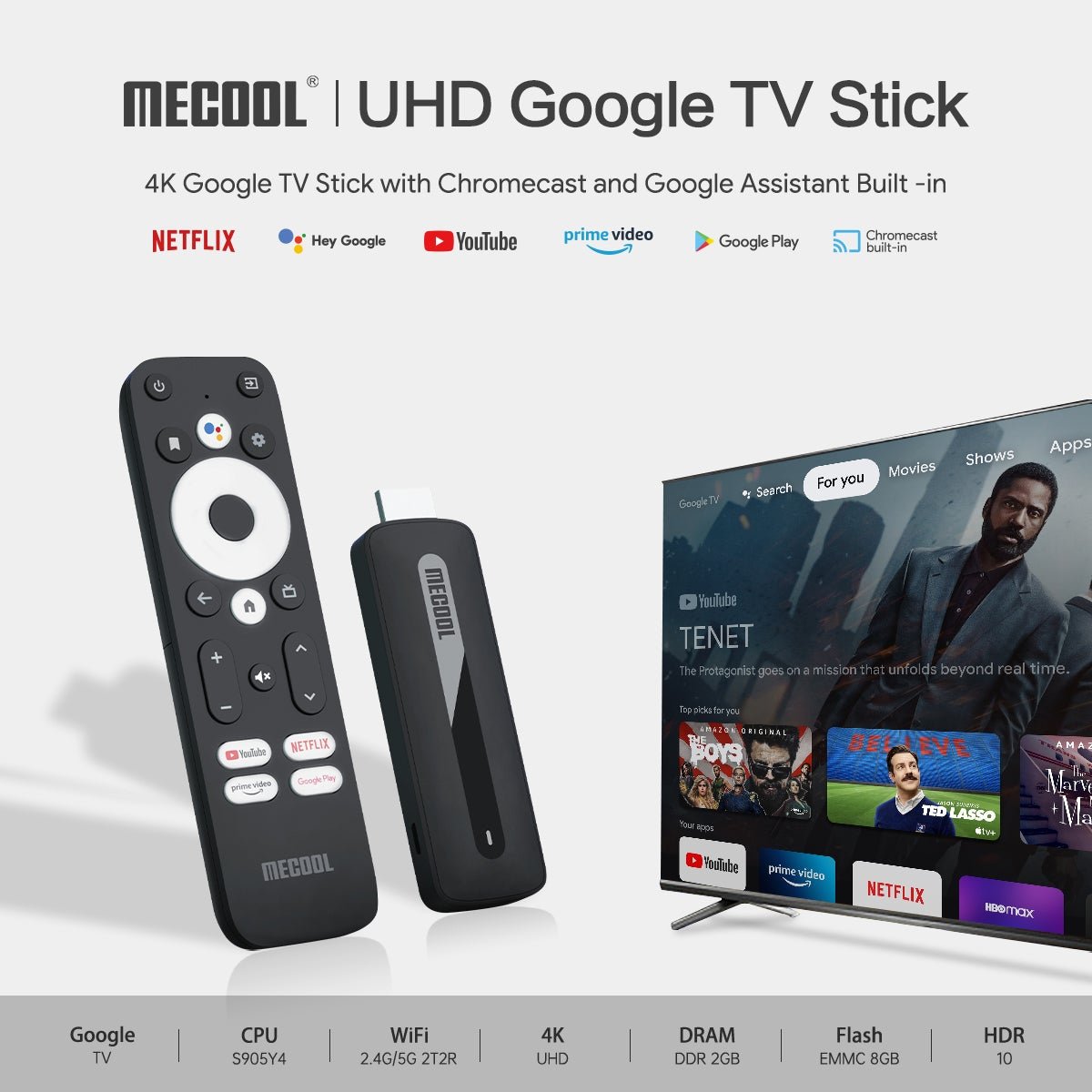 MECOOL says the new media streamer will go up for pre-order in January, but the company hasn’t announced the price yet. Odds are that it’ll be priced at $50 or less though, otherwise it wouldn’t exactly be competitive at a time when you can pick up a Chromecast with Google TV, Amazon Fire TV Stick 4K, and various 4K-ready Roku devices for under $50.

The MECOOL KD3 features an Amlogic S905Y4 processor, which is a quad-core ARM Cortex-A35 processor with Mali-G31 MP2 graphics. Other features include 2GB of LPDDR4 memory, 8GB of eMMC storage, and support for WiFI 5 and Bluetooth 5.0.

The stick measures 92.5 x 29.5 x 14.5mm (3.6″ x 1.2″ x 0.6″) and comes with a Bluetooth remote that also features IR for controlling the power and volume settings on your TV. There are dedicated buttons on the remote from Netflix, Amazon Prime Video, Google Play, and YouTube.