It would be easy to mistake Axiomtek’s KIWI310 for a Raspberry Pi Model B. Both devices are single-board computers that measure 85mm x 56mm and both have built-in USB, HDMI, and Ethernet ports plus onboard memory and a 40-pin GPIO interface.

But while Raspberry Pi’s devices are powered by ARM-based processors, the KIWI310 has a low-power x86 chip from Intel, which means the system should easily be able to support Windows or most GNU/Linux distributions. 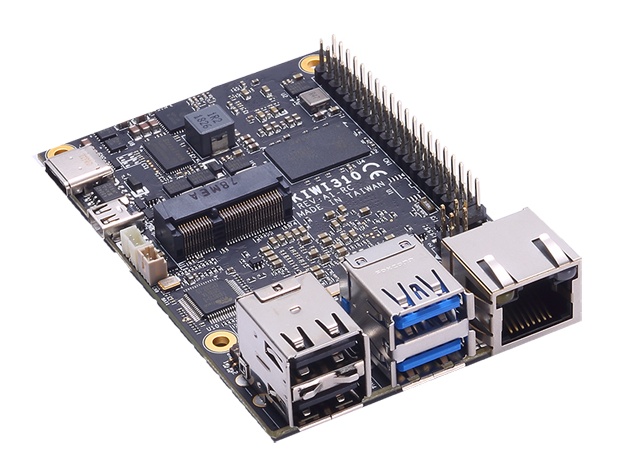 Unlike a Raspberry Pi Model B, the KIWI310 also has an M.2 2230 connector with support for PCIe accessories including SSDs or wireless cards. And the board supports optional eMMC storage.

The key thing that differentiates this board from competitors though, is its processor. Axiomtek’s little computer features a 6-watt Intel Celeron N3350 processor, which is a dual-core, dual-thread chip with a base clock speed of 1.1 GHz and support for burst frequencies up to 2.4 GHz.

First released in 2016, the Celeron N3350 is part of Intel’s Apollo Lake processor family that uses the company’s low-power Atom architecture. It wasn’t exactly a speed demon when it was first released, and it’s starting to look a little long in the tooth in 2021. But it’s a chip that was widely used in Chromebooks and entry-level Windows laptops for a number of years, and it’s still available for purchase from Intel for around $24 per chip.

Axiomtek doesn’t disclose the price of the KIWI310 on its website – you have to contact the company for a quote. But with a relatively inexpensive processor, up to 4GB of LPDDR4 RAM, and up to 64GB of eMMC storage, I’d expect this single-board computer to cost a bit more than an entry-level Raspberry Pi, but I’d be surprised if it cost more than $100. 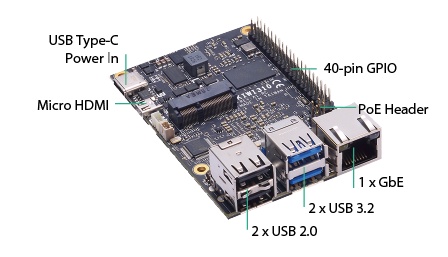 The M.2 2230 Key E and 40-pin GPIO connector also open the door to wireless cards and other accessories. And the system supports wake-on-LAN functionality.

One thing you probably won’t be using the KIWI310 for though? Windows 11. It does not have TPM, and even if it did, the Celeron N3350 processor isn’t on the list of Intel processors supported by Windows 11.