Microsoft debuted a new version of the Microsoft Store with Windows 11, bringing an updated design, support for more apps, and even the option to download third-party app and game stores like the Epic Games Store.

But the new Microsoft Store isn’t a Windows 11 exclusive. After launching alongside Windows 11 in October, Microsoft’s Rudy Huyn says the new Store is now starting to roll out for Windows 10 users. 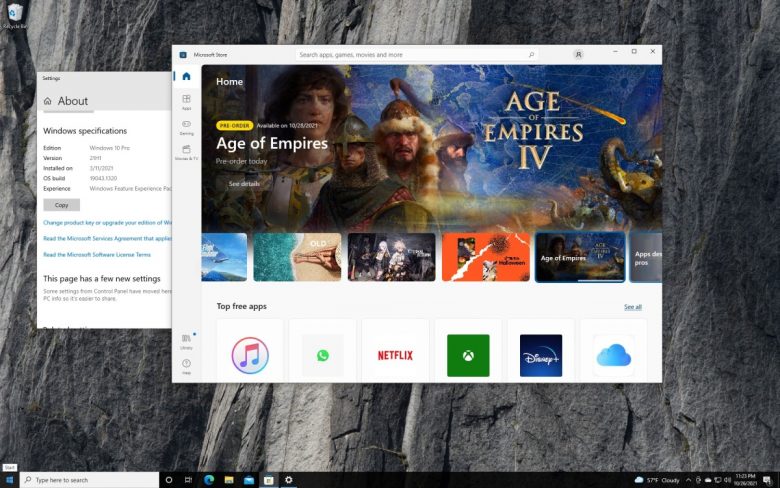 The new Microsoft Store has an updated user interface, but the biggest change for Windows 10 users may be support for Win32 apps as well as Universal Windows Platform apps and Progressive Web apps. That means developers of existing Win32 apps won’t need to create new versions using different technologies to submit them to the Microsoft Store anymore (although it’s still up to developers to submit apps, so don’t expect to find every Windows app you’re looking for.

Microsoft has also eased up some of the restrictions on the types of apps it allows in the store. Third-party app and game stores like the Epic Games Store? They’re allowed now. Web browsers like Firefox that use their own rendering engine rather than the Blink engine used by Microsoft’s Edge browser? No problem.

And just like the old Microsoft Store, the new version’s not just for apps and games – you can also purchase or rent movies & TV shows.

One feature that is going to remain a Windows 11 exclusive though? Android apps. Since the Windows Subsystem for Android doesn’t run on Windows 10, you won’t find the Amazon Appstore or any other Android apps in the new Microsoft Store if you’re running it on Windows 10.