The Asus Chromebook Flip CX3400 is a convertible notebook with a 14 inch full HD touchscreen display with stylus support and a 360 degree hinge that lets you use the notebook in laptop or tablet mode.

It should also be nearly silent thanks to a fanless design, but with an Intel Tiger Lake processor, it should have more than enough horsepower for most of the things you’d expect to do with a Chromebook. 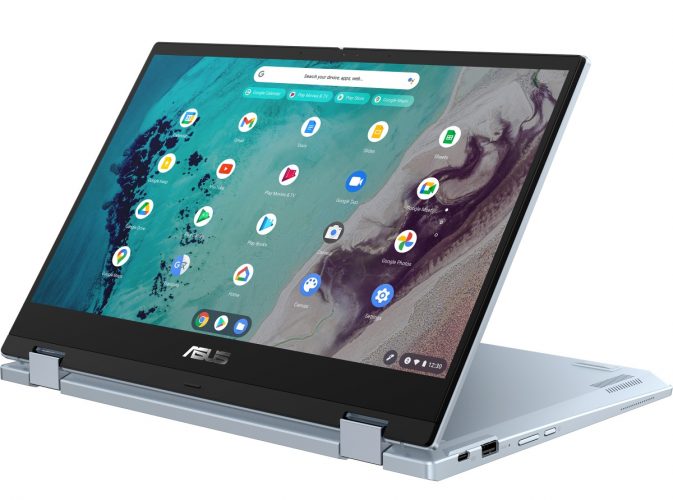 If the latest Asus Chromebook looks familiar, that’s because it appears to have a nearly identical design to the Asus Chromebook Flip CX5400 that launched earlier this year. But the new model should have a lower starting price since it:

There is one area where the CX3400 model actually outpaces the CX5400: Both have 720p front-facing webcams, but the new model also has a 5MP world-facing camera that could come in handy if you’re using the computer in tablet mode. It’s placed below the keyboard, which means it will face straight upward in laptop mode, making the camera pretty much useless for anything but tablet mode.

Asus hasn’t announced pricing or availability details yet, but it’s likely that the Chromebook Flip CX3400 will be available at a range of prices since the spec sheet lists a pretty wide variety of spec options including: