Apple doesn’t have a great track record with making it easy to perform DIY repairs on the company’s hardware, usually insisting that you take your gear to an Apple Store or authorized repair shop instead.

But starting next year, the company plans to begin offering tools, parts, and documentation for customers that want to repair hardware at home. The new Apple Self Service Repair will launch in the US in early 2022 before eventually rolling out to additional countries later in the year. 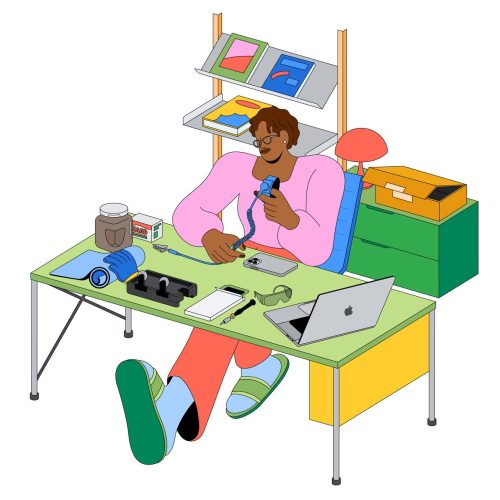 At launch, Apple says the program will offer repair resources for iPhone 12 and iPhone 13 series phones, before expanding to include Macs with Apple M1 processors in the future.

Apple still recommends most folks looking to repair broken hardware go to an authorized technician, but the company says its new program will make repair manuals available online, and after reviewing them, customers will be able to purchase the necessary replacement parts and tools from a new Self Service Repair Online Store.

Apple says it will “focus on the most commonly serviced modules” at first, including iPhone displays, batteries and cameras. But the company plans to offer additional replacement parts starting later in 2022.

The folks at iFixit, an online repair shop that has been one of many organizations pushing for Right to Repair laws, say that Apple’s announcement is a major advancement, since it flies in the face of Apple’s earlier claims that allowing customers to repair their own hardware would be dangerous.

But it’s also still a limited step. Apple still requires customers to buy official parts from the company’s store and doesn’t support repurposing a display, battery, or other components from another phone for use in repairs. And while it’s unclear if customers will have to pay the same prices for replacement parts and tools as independent repair shops, iFixit notes that Apple has a reputation for charging a lot for those parts – an iPhone 12 screen, for example, costs independent repair professionals $270 (the same price Apple charges to replace a screen for an out-of-warranty devices, meaning that for the most part it’s going to be cheaper for a customer to have Apple replace the screen).