As much as we’d like it to be, Installing a major operating system update isn’t always the most trouble-free process. Even if everything does go well with the update itself, there’s still the possibility that some of your go-to apps aren’t going to be too happy about the change. That’s what some users of the Amazon AppStore are learning about the move to Android 12.

Update 12/17/2021: Amazon has updated the Appstore to be compatible with Android 12. The original article continues below. 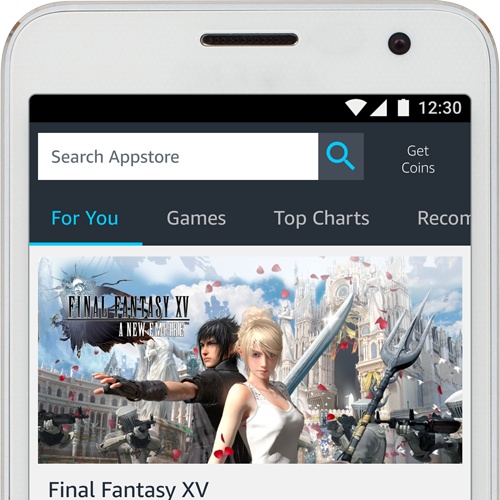 Android 12 started arriving on devices late last month, primarily on Google’s own Pixel phones. When it did, users who had Appstore installed found that it was no longer working. That might not seem like a huge deal, but because of the way Amazon handles DRM it also means that apps and games installed from the Appstore can’t be launched.

Reports started popping up on Amazon’s digital and device forum almost immediately. Though they were acknowledged fairly quickly by an Amazon staffer, there’s been little activity in the weeks that followed. It’s now been nearly five weeks since the original post. While additional users have reported running into the issue, the only responses that have been posted state that “our technical team is still investigating the issue.”

Interestingly enough, one commenter has shared a temporary workaround. Those who aren’t averse to a little software tinkering can download the affected apps’ APKs on another device, decompile them, comment out the references to Amazon’s DRM and recompile with a self-signed certificate. The apps can then be installed on an Android 12 device even if the Appstore is still non-functional.

Unfortunately, that’s not something most Android 12 users are going to be comfortable doing and it seems pretty clear that the issue with Amazon Appstore is affecting more than just the 90-plus users who have posted comments on the month-old thread. There have been nearly 3,800 total views, so there appear to be plenty of Android 12 early adopters who would like something done about the problem.

It’s easy enough to see why decision makers at Amazon not feeling like this is a major priority right now. Amidst the flurry of Black Friday and Cyber Monday sales from its own stores and big box retailers, Amazon is probably far more focused on the shoppers who are frantically purchasing new Kindle Fire tablets at steep discounts.

Amazon does claim to be “Earth’s most customer-centric company,” after all. Presumably at some point that will also include Appstore customers who have upgraded to Android 12.

Update 11/30/2021: Amazon has provided the following statement: “We are aware and working to resolve an issue impacting app performance and launches for the small number of Amazon Appstore users that have upgraded to Android 12 on their mobile devices. This issue does not impact Amazon Fire Tablets or Fire TV devices.”