But a team of researchers have found a way to pack 500 terabytes onto a glass disc that’s the same physical size. That’s 10,000 more data than you can fit on a Blu-ray disc. 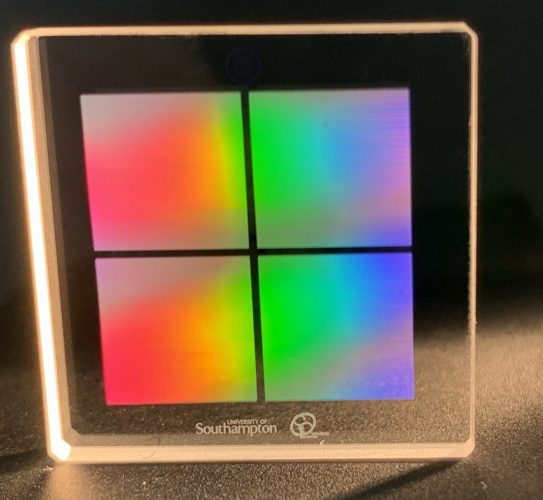 Researchers from the University of Southampton in the UK say they’ve developed a system that uses “fast and energy-efficient laser-writing” to etch “high-density nanostructures in silica glass” for long-term storage.

The team says the high information density is made possible thanks to a 5D (five-dimension) storage technique that uses two optical dimensions and three spatial dimensions. While this isn’t the first time someone has tried that approach, the researchers say previous attempts have been too slow at writing data for practical use.

The new method is faster… but that’s still a relative term. It would theoretically take about 60 days to write 500TB of data to a single glass disk using this method, and so far it’s only been demonstrated with about 5GB of data.

In other words, the goal isn’t necessarily to replace CD, DVD, or Blu-Ray drives and media for home use – the internet has largely replaced removable media for software installers and music and movies anyway. Instead, the team says their 5D storage solution could be used by libraries, museums, national archives, or other organizations looking for long-term solutions for storing massive amounts of data.