Up until recently, Sony’s own phones weren’t really known for stand-out camera capabilities though. But earlier this year the company changed that by introducing the Sony Xperia PRO, a $2,500 phone aimed at photography professionals. Now the company is following that up with the new Sony Xperia PRO-I, a slightly more affordable model priced at $1,800. 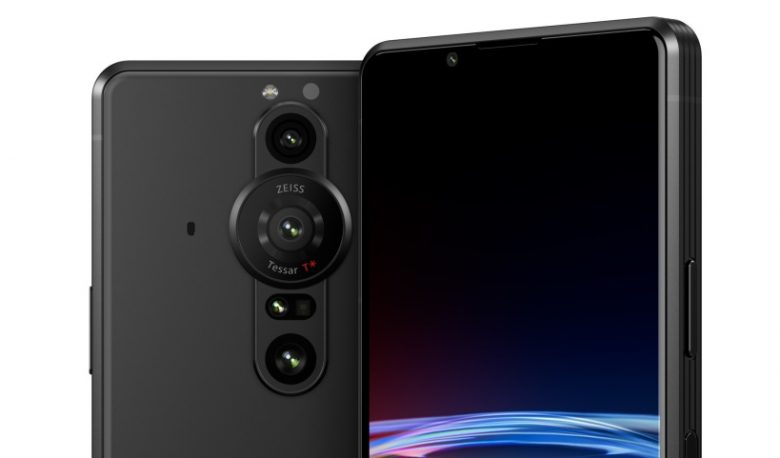 The new model is the first smartphone to feature a Sony Exmor RS 1-inch image sensor – the same one used in the company’s RX100 VII compact camera (which sells for $1300 and doesn’t make phone calls).

The Sony Xperia PRO-I actually has three rear cameras. The primary one is a 12MP camera that features the 1.0-type Exmor RS sensor with a 24mm focal length, 85 degree field of view, and dual aperture support (f/2.0 or f/4.0). It has a 2.4µm pixel pitch for low-light photography. 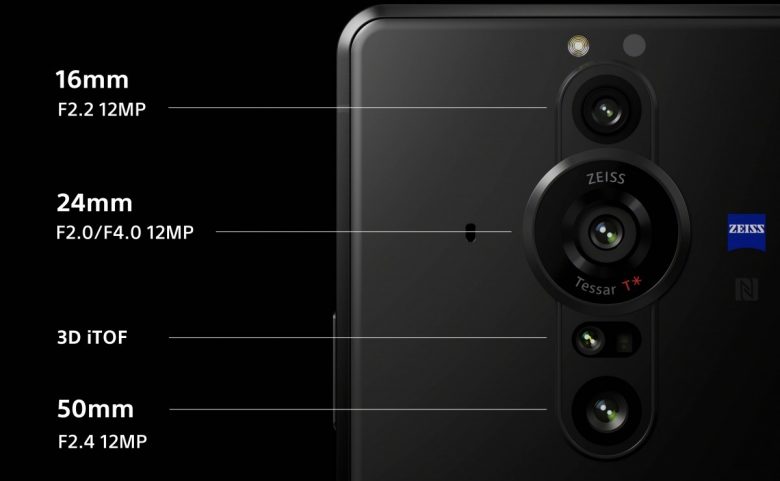 With a dedicated shutter button on the side of the phone, you can also snap photos quickly without touching the screen. Hitting the shutter button when the display is off also lets you quickly launch Sony’s Photography Pro app and start capturing photos without first waking and unlocking your device.

The phone also has an 8MP front-facing camera with a 1/4″ image sensor, 78 degree field of view, and f/2.0 aperture, as well as support for HDR photography, image stabilization, and portrait mode.

Like the original Sony Xperia PRO, the new PRO-I has a 6.5 inch, 4K (3840 x 1644) HDR OLED 120 Hz display, which should allow photographers to preview their shots. Sony says the screen has “professional-level color reproduction with creator mode,” for folks that want to edit. And transferring photos to a phone or other device should go pretty quickly – in addition to supporting WiFi and 5G, the phone has a USB 3.2 Gen 2 Type-C port.

Unlike the original Xperia PRO, the new model does not support HDMI input and cannot be used as a monitor for other cameras. But something obviously had to give in order to knock $700 off the price.

Optional accessories include the Vlog Monitor, a new $200 accessory that includes a metal phone holder with camera controls and a 3.5 inch, 1280 x 720 pixel display that lets you preview your videos while the phone’s primary camera system is pointed your way. The accessory also has a 3.5mm microphone jack, allowing you to connect an external mic to the phone. 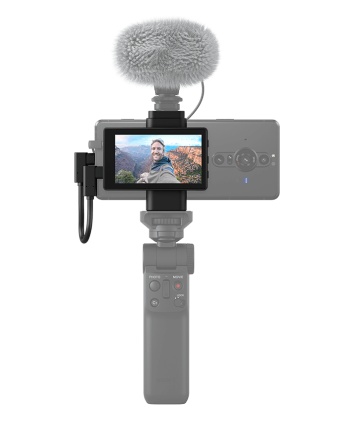 The rest of the Sony Xperia PRO-I spec sheet is about what you’d expect from a flagship-class phone, including a Qualcomm Snapdragon 888 processor, 12GB of RAM and 512GB of storage as well as a 4,500 mAh battery with support for 30W fast charging (get a 50% charger in 30 minutes). The phone is also IP68 rated for water and dust resistance.

But the primary reason to buy this phone is for the cameras, so if the 512GB of storage space doesn’t seem good enough, it’s good to know it’s expandable: the Xperia PRO-I has a microSDXC card reader with support for cards up to 1TB. That opens the possibility of not only adding more space for photos, but also swapping out cards on the go.

The Sony Xperia PRO-I will be available in the United States starting in December.