Simply NUC says its the first mini PC with a 4″ x 4″ motherboard powered by AMD Ryzen V2000  series processors. The Cypress mini PC is now available from Simply NUC for $639 and up. 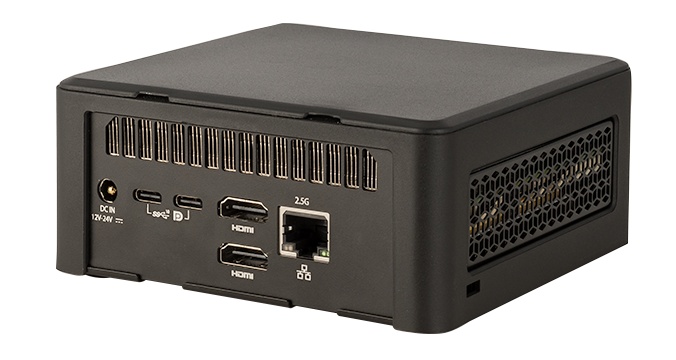 The starting price will get you a model with a Ryzen V2516 Embedded processor, 4GB of RAM, and 128GB of storage, but you can pay extra for Ryzen V2546 or Ryzen V2748 Embedded chips, additional memory, storage, and accessories.

Starting prices also don’t include an operating system. The company will install Ubuntu Linux for free, or you can pay for Simply NUC to pre-load Windows 10 Home, Pro, or IoT for you.

The Cypress mini PC has two SODIMM slots for up to 64GB of DDR4-3200 memory and there are two M.2 2280 slots for storage. One supports SATA or PCIe Gen4 NVMe storage, while the other is SATA-only. Simply NUC lets you configure the computer with up to 10TB of storage, or you can provide your own.

The computer also has an Intel AX600 wireless card with support for WiFi 6 and Bluetooth 5.0.

Simply NUC is a company that specializes in small form-factor desktop computers, and up until a few years ago, that primarily meant systems closely related to Intel’s NUC computers (in case the company’s name wasn’t a giveaway).

So the Cypress doesn’t break the mold so much as upgrade the ingredients of an existing mold.