Chinese device maker GPD has been making handheld computers for a number of years, including models designed for gaming, general purpose usage, or IT administration duties.

But the upcoming GPD Pocket 3 will have three features the company has never offered before. It’s up for pre-order through an Indiegogo crowdfunding campaign set to run through mid-December, and the Pocket 3 could begin shipping to backers in January. 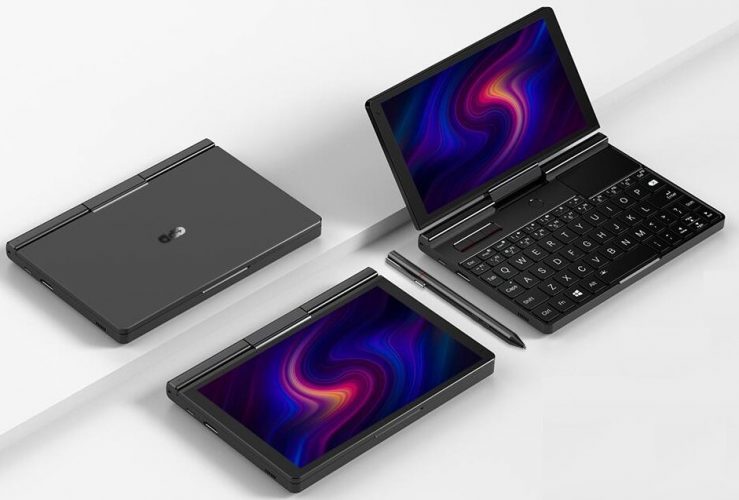 The GPD Pocket 3 will have an 8 inch display, Intel Jasper Lake or Tiger Lake processor options, and a QWERTY keyboard that’s just (barely) large enough for touch-typing. It also has a small touchpad above the right section of the keyboard and mouse-click buttons above the left side. There’s a power button in between them.

The Pocket 3 is also the first GPD device to feature:

GPD’s latest handheld looks like a mini-laptop at first glance, but you can rotate the screen vertically 180 degrees so that it faces away from the keyboard, and then close it down over the keys for use in tablet mode. 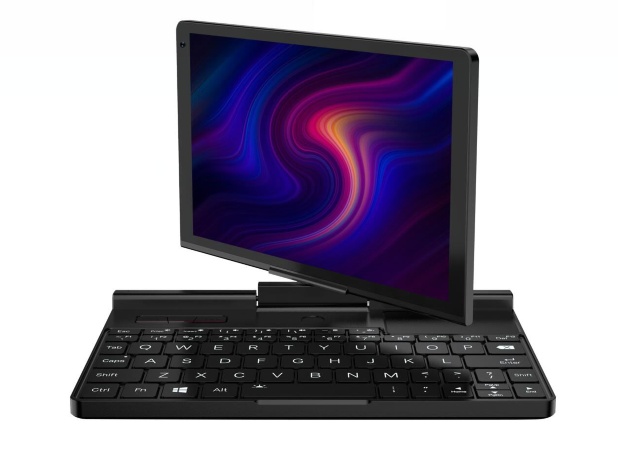 While the Pocket 3 doesn’t come with a stylus in the box, it’s designed to work with an optional digital pen that you can use to write or draw on the screen with 4096 levels of pressure sensitivity.

And that modular feature allows you to choose what kind of port or other feature to have in the back right section of the Pocket 3. The mini-laptop ships with a USB 3.2 Gen 2 Type-A module, but you can swap it out for one of two other modules, which are sold separately:

The serial port allows you to connect hardware like barcode printers, scanners, or other gear for use in commercial, retail, healthcare, or industrial industries. This is clearly an option aimed at IT pros.

Also for IT pros? The KVM & USB input module, which allows you to connect to another computer for device administration purposes. It lets you:

GPD also notes that the Pocket 3 supports up to two external displays.

If you opt for a model with a Pentium Silver N6000 processor you get an HDMI 2.0b port and a USB-C port allowing you to connect up to two 4K displays with refresh rates up to 60 Hz. 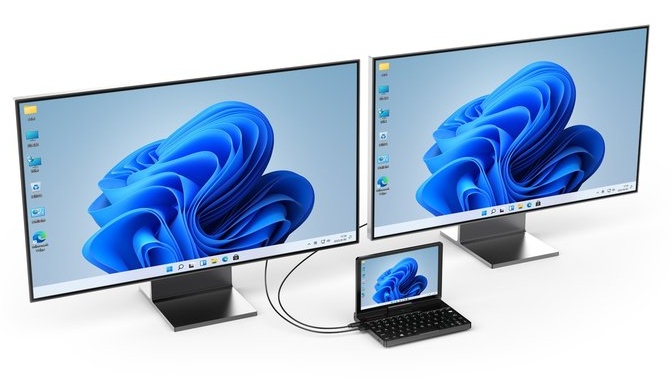 Here’s a run-down of the key specs for the GPD Pocket 3, which will be available in two versions (better specs are highlighted in bold):

Backing that you’ll get 30% discount
By signing up, you will also receive the latest updates and news from the campaign.#gpdpcoket3https://t.co/wiZD4uBvkE pic.twitter.com/H9q0G2R51j

While the modular capabilities of the GPD Pocket 3 make it clear that the system is designed for use in professional settings, it’s also got the kind of horsepower that makes it an option for play as well as work.

The Pocket 3 doesn’t have built-in game controllers like the GPD Win and Win Max line of devices, so it’s clearly not designed specifically for gaming. But if you opt for a model with a Core i7-1195G7 processor and Intel Iris Xe graphics, it should be able to handle gaming reasonably well.

As the name suggests, the GPD Pocket 3 the company’s first mini-laptop. It follows the GPD Pocket 2, which was released in 2018, and which has a 7 inch display but no support for pen input, no convertible tablet mode, and no room for a trackpad.

That model lives up to its name a little better, since it’s smaller and easier to actually fit into a pocket. But the latest model should be a little easier to type on given the larger keyboard, touchpad, and mouse buttons.

If the GPD Pocket 3 design is giving you déjà vu, that may be because we’ve seen something very similar recently. The One Netbook A1 is a handheld computer released in 2020 which has a 7 inch, 1920 x 1200 pixel touchscreen display, and 180-degree swivel-style hinge that allows it to fold down over the keyboard for use in tablet mode, and support for an optional pressure-sensitive stylus. 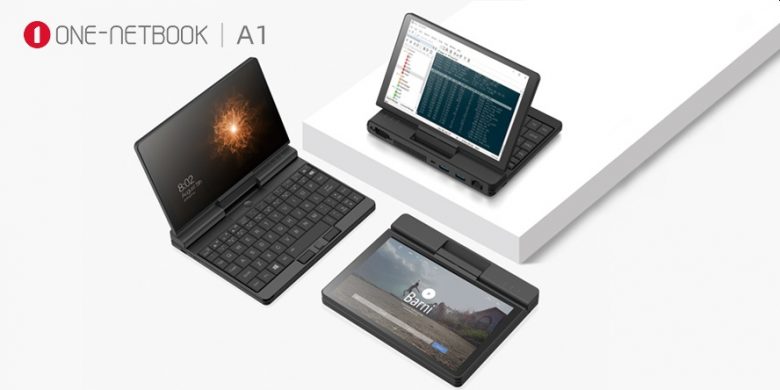 One Netbook’s A1, which seemed to be the company’s response to the GPD MicroPC, also has a Gigabit Ethernet port and RS-232 COM port. The computer is powered by an Intel Core m3-8100Y processor and has 8GB of RAM, a 256GB SSD, and a starting price of around $660 at the moment.

Now it looks like GPD is taking a page out of One Netbook’s playbook for the upcoming Pocket 3, although the GPD version will have a larger touchpad (rather than an optical pointing stick) and newer Intel processor since the Core m3-8100Y has been discontinued. 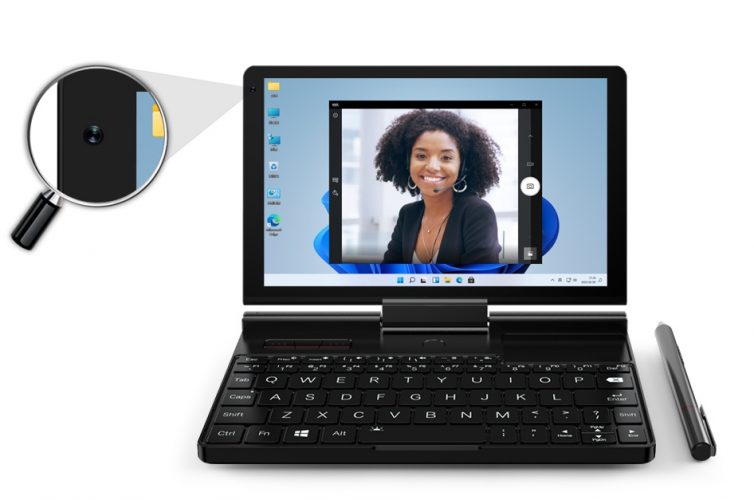 A few other expected features include a webcam, a full-sized HDMI port, two USB Type-A ports, a headset jack, and an Ethernet port.